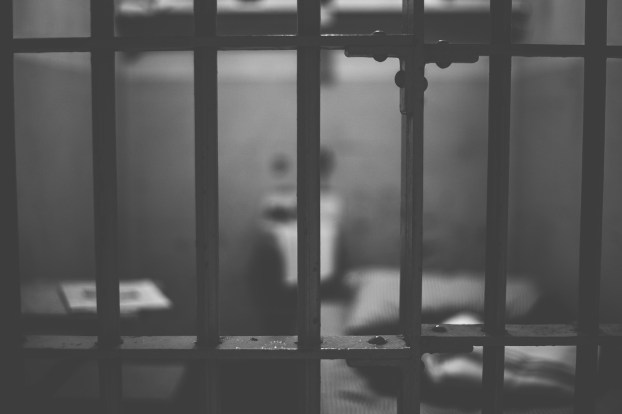 The Boyle County Detention Center will begin testing out a new tracking system the jailer says will increase inmate and deputy safety and security.

Jailer Barry Harmon asked Tuesday for county magistrates’ approval to try the JailCore tracking system for 30 days. If after the fact he and other employees are satisfied with the performance of the system, they will use it to replace the scanners and wristbands they use now.

“That time required has been an issue before; it takes some time, and sometimes it won’t download,” Harmon said after the meeting.

The new system operates by a mobile unit that looks like a cell phone carried by jail deputies. A small, round piece of plastic about the size of a quarter, Harmon says, is affixed to the inside of inmates’ cells, and when scanned, it feeds into a software system to record the visit. 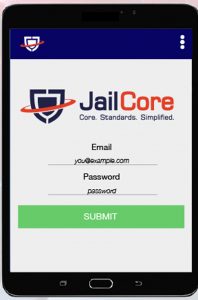 An example of what the handheld units look like through JailCore services.

Although it still must be scanned, Harmon says it posts to the software in about 30 seconds. The handheld units will also be able to take pictures when needed, and soon, Harmon says, will be set up with video capability.

“It’s an all-encompassing system,” Harmon said. Documentation, including photos and videos taken with the handheld, could be used in any cases brought against the jail, as well.

One of the best parts of the system, he says, is it keeps deputies accountable. “No one person can keep an eye on every employee through a shift, much less every hour. Supervisors can look in the system and immediately see if all of the checks have been done …” Also, if a check isn’t done, an alert is sent to the deputy responsible for it, as well as the supervisor on shift.

“Then we have people on medical, people that are on detox, safety watch or suicide — they’re checked every 20 minutes, staggered by our staff. This system will allow them to check on them more often,” he said.

The hardware cost, paid the first year only, is $5,479; then, the licensing fee is $4,800 annually. Harmon told fiscal court that this can be paid for out of the canteen fund.

“It doesn’t come out of the general fund, or taxpayer dollars,” Harmon told the court. “People say you shouldn’t have this canteen fund … but it’s for the benefit of the inmates.”

Harmon said they have already researched the system by talking to deputies at other jails. “And we spoke to deputies, not the jailers. The deputies are actually the ones using it, and it’s effective and working for them. We’d like to have approval to purchase these devices if we’re happy.”

It was also approved for the jail to begin accepting bids for 16 outside security cameras. The need was pointed out within information received based on the jail study conducted by Brandstetter Carroll.

“We do have them outside, but not everything is covered,” said Harmon after the meeting. “Probably one or two of them are the original cameras, which only take black and white. You couldn’t identify a bear if it walked up out there.”

The fee, when a bid is decided on, will be paid for through the Boyle-Mercer Joint Jail budget.

“The canteen money can pay for anything inside that ensures the safety and security of inmates, but not outside,” Harmon said.