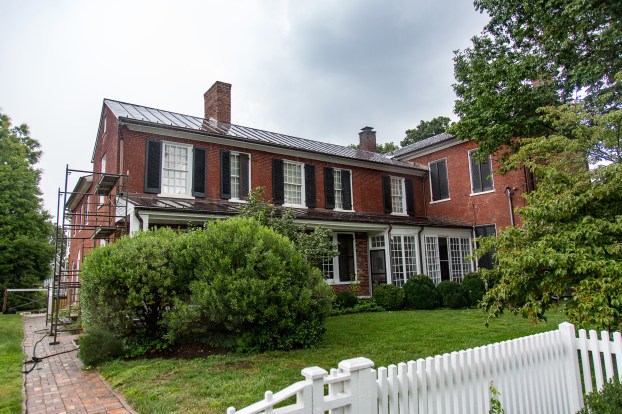 Joni House says there are more benefits out there than people are aware of where restoring their historical properties are concerned. As the historic preservation coordinator for the City of Danville, House is working on the curriculum for three different workshops that will be offered next year to educate the community on multiple aspects of restoration.

Danville is one of seven communities recently awarded a grant to pay for preservation-related projects through the Kentucky Heritage Council’s State Historic Preservation Office. The city’s federal share is $2,500, with a minimum local match required of $1,667.

The city was awarded for a Historic Preservation Workshop Series, with specific dates still tentative, to educate the community of Danville and Boyle County about not only the best ways to go about preservation of their structure, but what it means to be considered a historic structure and listed on the National Register of Historic Places. Participants will also learn about historic preservation overlay zones, including how to apply and interpret the new design guidelines.

The first two workshops, which House will facilitate, focus on what the historic preservation process means to the Danville community. “How you go about doing it on your structure, and what resources are out there to help you,” House says.

The second will be on how to get a structure on the National Registry, which House says can be a really intimidating process.

“A lot of people want to get that little plaque, but can be overwhelmed by all of the paperwork required,” House say, including terminology and other processes they may not be familiar with. There’s a whole litany of things structure-owners can do, House says.

“I’ve talked to a lot of people in Danville, and they’re very proud of their history. We have one of the most — if not the most — historic cities in the state. People want to do what they can to maintain that,” she says. “It’s nice to have those folks who want to do it the right way.”

If anyone is curious if their structure meets requirements, they can check on the National Parks Service website (nps.gov) — which administers the Secretary of Interior’s historic preservation plan — to see the criteria.

The third workshop will hopefully feature a “nationally known window guy,” House says, to come in and do hands-on projects to help people work on windows. “They’re the scariest thing in the world, where the historic process is regarded. We need to help people realize they don’t need to yank them out and replace them. Once you see it done, it’s not a huge deal, and we want to take the Boogeyman out of that process.”

House says, “It’s never good when people tell me they’ve fixed their windows, I asked how, and they say, ‘Well, I replaced them,’ … ”

Learning how to replace glass and mullion — or the wood strips separating glass panes — will be on the agenda. 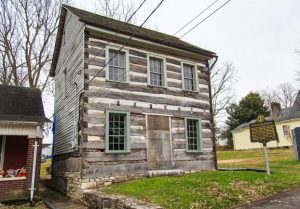 The workshops will more than likely be held sometime between February and May, and will be offered at no cost to the public.

“We want to make sure people are informed and know what the benefits are, and give them the reason why. I hear this all the time — why do we want to do that. For starters, it makes our city who we are. It’s an economic driver and helps the city in all kinds of ways, and makes the property values go way up — the increase is substantial,” House says.

According to the Kentucky Heritage Council, there’s nearly $100,000 of investment “to be realized from federal grants to Certified Local Government communities.”

The annual grants are part of a pass-through allocated from the federal Historic Preservation Fund for state preservation offices to recognize, save and protect historic places.

Grants totaling $58,468 went to Bardstown, Bellevue, Covington, Danville, Frankfort, Metro Louisville and Newport, which will require local matches totaling at least $38,980. The awards were approved earlier this year by the KHC board, with applications for the next funding cycle set to be distributed to Kentucky’s 23 participating CLG communities in November.

“October is National Community Planning Month, a good time for our CLG partners to consider how historic neighborhoods add to the overall vitality, livability, and desirability of their communities,” said Vicki Birenberg, CLG program and planning coordinator.

The grants will largely fund training and education initiatives but also be used to revise and update local historic district design guidelines, survey historic resources, and nominate a historic district to the National Register of Historic Places. A portion of KHC’s federal set-aside has also been made available to provide scholarships to local CLG program coordinators and board members to attend the annual National Trust for Historic Preservation National Preservation Conference, and KHC’s Kentucky Main Street Program annual spring meeting.

Danville City Commission recently passed an ordinance, based on a Planning and Zoning recommendation, to expand the historic preservation overlay district within the city by incorporating the Montgomery-Rodes House, on North Third, and the Willis Russell Memorial House, on East Walnut.

Danville Fire Chief Ken Pflug got the go-ahead to send an application in for a 5-percent matching grant through the... read more