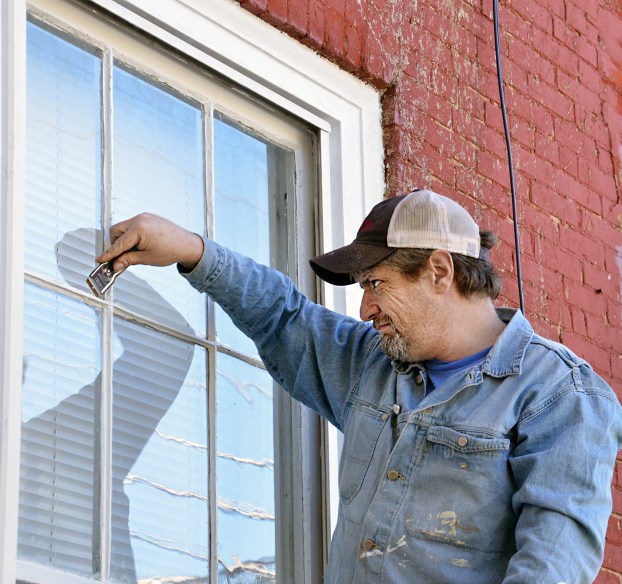 Photo by Robin Hart/robin.hart@amnews.com Monday morning, Michael Bradford works to "clean up" an old lead glass window after it was recently painted.

New view for an old window

Photo by Robin Hart/robin.hart@amnews.com Monday morning, Shawn Douglas, owner of Douglas Construction of Danville scraps old paint from a window frame at the offices of Critchfield and Critchfield CPA and Accountants at the corner of Broadway and Fourth Street. Douglas said the building was constructed in 1847 and the windows were still original.

For about a month now, Shawn Douglas and Michael Bradford, both of Douglas Construction, have been working on the Critchfield and Critchfield CPA and Accountants’ historic building at the corner of Broadway and Fourth Street. The men have pulled long tangles of ivy off the old brick and are now scraping and painting the exterior doors and windows, many which are 170 years old. Douglas said he heard the house was originally built in 1847. Many of the windows contain the original old lead pane glass, which has bubbles and waves.