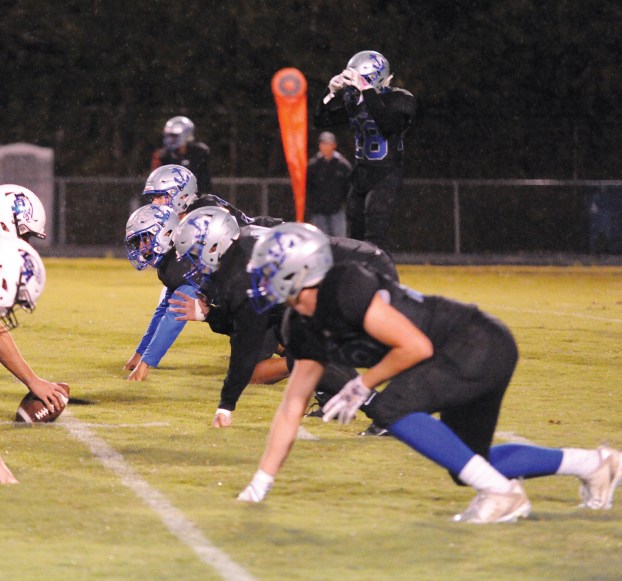 The Admirals have likely played their final home game of the season. At 4-6 and the 3-seed in their district, Danville’s in a position they haven’t been in since 2011 — on the road to start the playoffs. But the playoffs start every team on a clean slate after the regular season grind.

“That’s been the message, obviously this year hasn’t gone like you’d plan,” head coach Clay Clevenger said. “But we’ve played a really tough schedule. Teams that have beaten us, you look at their win/loss record and it’s not like we’ve been beat by slouches. We went Corbin/Boyle/Pulaski, who are all district champions in their own right.”

Danville’s six losses have been by an average of less than 12 points per game. Those six opponents have a combined 13 losses this year, with five coming from 6A Tates Creek.

After last week’s bye, the Admirals are ready to defend their title, starting this Friday at Leslie County.

“We have a group of kids that have been around the program for the last three years and we’ve made good runs in the playoffs, so they should know what it takes,” Clevenger said. “We’ve got a chance, if we get it together and play good football, to make a little run.”

Quarterback Zach Thornton — who has dealt with a shoulder issue since an injury in the Tates Creek game — said last week’s bye was important for the team to refocus.

“It was relaxing. We had a lot of good work last week,” Thornton said. “We just worked on getting our tempo up and just worked on the little things … My mindset is to just keep pushing, one to the next one and grind it out as much as we can, try to get back to the state championship.”

Clevenger said it was a productive bye week, even if it came late in the season. He said his team is as healthy as it has been since the fifth week of the season against Waggener.

“For this team, it probably came about three or four weeks too late,” he said. “But that’s just how the schedule fell, and we had a good week of work. We worked tempo, kids had good attitudes and we worked hard. It felt like we were just trying to get better. We got some bumps and bruises healed up, then we got guys like Kishown, he played against LCA but he only had a couple days of practice. We got the rust knocked off of him and we’re continuing to get Zach’s shoulder stronger, get him back to where he was in the early part of the season to where he can run more as well.”

The team knows, particularly after a 14-13 loss to Lexington Christian in the final game of the regular season, that it’ll take an entire team effort to make a run in the playoffs.

“Us being seniors, with our senior season ending the way it did, I think it’s going to make us even more hungry for the playoffs because nobody wants to lose that last game,” Kishown Bartleson said. “It’s been, ‘he’s going to do this, he’s going to do that.’ Everybody has got to play as a team.”

Danville’s regular season is proof that the Admirals can hang with some of the top teams in the state — games against Corbin and Boyle County were closer than the final score indicated — but it’s the game-changing play that the Admirals have missed, Clevenger said.

Danville will visit Leslie County on Friday, about two hours away. That’s quite the hike but it’s not something that Danville hasn’t done in the past.

“We’ve done this before, and these seniors were sophomores when we went to Leslie County in the second round of the playoffs,” Clevenger said. “It’s a place that we’ve been, it’s a similar trip as what Middlesboro is, travel on Friday will be similar. I think most of the time, the kids put on headphones and go to sleep and you just wake ‘em up when you get there.”

“Personally as a team, I feel like we play better playing away. That’s just me,” Thornton said. “I just feel like it’s sad us not playing at home anymore. But it is what it is, we’ve just got to keep pushing. It just makes us more hungry, more ready.”

For the Admirals to win Friday and make a postseason push, both seniors agreed that it takes every individual on the field doing their job.

Bartleson said he saw that when the team whipped out the wishbone on offense against LCA.

“When we knew that we had to go in ‘bone, everybody knew they had to do their job. That’s what I liked seeing on offense,” he said. “People will look at us and our record and say, ‘aw, we can beat them.’ But if we go out and actually play like we’ve been practicing, we should win.”

A veteran gave an inspired performance while youth gave a lift to the Danville cross country teams Saturday in the... read more