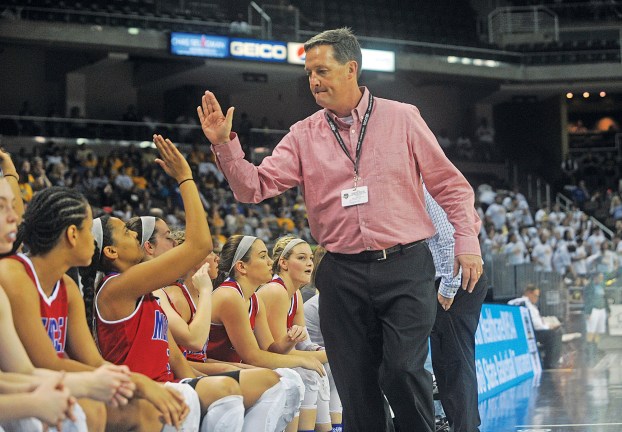 After compiling a 490-214 record in 19 years at Mercer County that included four straight 12th Region Tournament titles and state championships in 2017 and 2018, Souder made a career change and took a college assistant coaching job at Indiana State. However, after only a few months he decided that was not the right move for him and returned to Mercer County.

Now he’s back in the high school coaching realm after taking the head job at South Laurel High School in London Monday. The position became open a few weeks ago and a friend let Souder know. He inquired about it, put in an application and probably was an easy choice for South Laurel to hire.

“They have some really good talent and it is a tradition rich school with more state titles (as Laurel County) than anybody,” said Souder. “That’s what they want to get back to and what I want to help them do.”

Souder, who won 20 or more games 16 times at Mercer, certainly has some nice building blocks returning from a team that went 26-6 last year and lost 68-62 in the 13th Region semifinals to Harlan County and Kentucky signee Blair Green.

Junior Ally Collett averaged 19.6 points per game last year and made 50 3-pointers. She was a 38.5 percent 3-point shooter and made 152 of 187 free throws — an 82 percent mark. She has verbally committed to Western Kentucky.

Transfer Sydni Hall from averaged 18.1 points per game as a sophomore last year at Perry County Central and was a 47.5 percent shooter from the field. She hit 62 of 138 3-points — 44 percent — and knocked down 86 percent of her free throws for a team that finished 15-8. She’s another future Division I player.

Souder had three Division I signees — Miss Basketball Seygan Robins (Louisville),  Emmy Souder (Northern Kentucky) and Emma Davis (Tennessee-Martin) — along with twins Faith and Lexy Lake, who turned down Division I offers to sign with Campbellsville.

“Size-wise, South Laurel is similar to what I had at Mercer. The post player (Morgan) can be a load and moves really well,” the new coach said. “They have a lot of good players and people tell me they have talent in some of the younger grades, too.

“We are going to put in my system. I told the girls this is a marathon, not a sprint.  We don’t have to have everything in by Monday (when South Laurel opens the season at McCreary Central),” Souder said. “When I coach Kentucky Premier in the summers, I don’t know the kids when we start playing.

“They tell me these girls have a good basketball IQ. What we run that looks like a lot is just basketball and not really that difficult. It’s more of how they buy-in and how hard they are willing to go. Their definition of playing hard might be different than mine at first.

“I know there will be some growing pains but I am going to approach this to have a good time because it is a good situation talent-wise and everyone tells me this is a great group of girls.”

“The good thing for me is that I am not teaching, just coaching,” Souder said. “I will just drive back and forth (from Harrodsburg). It’s about an hour, 15 minute drive, so it is not that bad. If it gets late, I don’t have to get up early the next day to teach. Or some nights I might just find a place to stay in London,” Souder said. “But I am ready to get going. I was getting bored and my wife said the girls might even get the softer side of me to start with just because I am excited to be back coaching.”

Two goalkeepers were named on every possible All-Area ballot. Both play for Danville. Grace Gaffney and Keeton Burnside were critical... read more