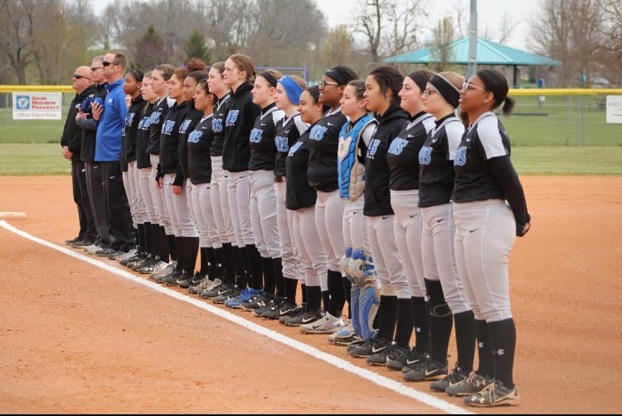 In past years, the Lady Admirals’ softball team hasn’t been too successful on the record books. They have had numerous coaches and each season has a similar outcome. Last year’s team had a record of 5-18. This team is hoping that new head coach Tim Breitenbach will lead to a change.

Coach Breitenbach has been as assistant coach for four years under multiple head coaches. When asked how he felt about becoming the head coach, he responded with, “I have had the opportunity in the past to be the head coach but never followed through with it.”

After having so many past coaches, these girls are looking for someone who will stick around for a while. It seems clear that Breitenbach wants that too: “The team needs stability.”

Some players are understandably a little wary about having another new coach. Lady Ads’ junior Amiya Crawford said, “I hope Coach Breitenbach will stay a couple of years and not leave.” Furthermore, Crawford wants a coach who will “just to work with the team.” This is the team’s third coach in the past three years; they are hoping for someone who will stick around. 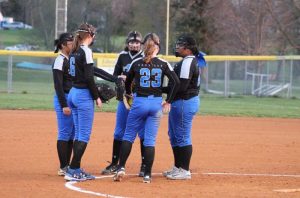 File photo
Members of the Lady Ads team hold a conference on the mound during a game last season. photo

However, other players, such as Rachel Matherly, are excited about a new coach. “I like having different coaches because they all have different things they like to focus on.”

These girls have many different opinions on having a new coach, but they all seem to be open to the idea of learning from someone new and accepting the differences.

“It’s going to be very different because we have a new coach and I feel like it’s going to take a while for us to get used to that,” said sophomore, Faith Breitenbach. She is hoping that this team’s skill level gets better, and that they will also be able to bond as a team.

Coach Breitenbach also wants the team to get better. “My hopes for the team is to improve from last year and develop better skills … I just want everyone to get better.”

This team is very eager to get started, “We have already had volunteer practices at the park”, said coach Breitenbach.

It is clear that this team is ready for softball to get here, and the fans will be excited to see the improvement we all expect.