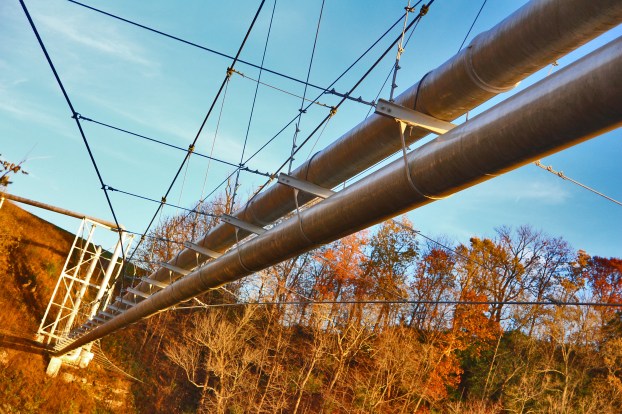 The “order vacating authorizations” from FERC was issued on Monday, bringing to an official end a plan to repurpose the pipeline to carry “natural gas liquids,” explosive byproducts of fracking in northeast shale fields.

Houston-based energy giant Kinder Morgan had wanted to reverse the flow of the pipeline and transport NGLs to the gulf coast, where they could have potentially been bought for use in manufacturing plastics.

Tennessee Gas Pipeline Company, a subsidiary of Kinder Morgan, asked FERC to allow abandonment of Tennessee Gas Pipeline No. 1 in 2015. FERC granted permission in September 2017, over the objections of opponents who feared the pipeline wasn’t structurally strong enough to safely pipe NGLs and a leak could have devastating environmental and economic effects.

But after gaining approval, Tennessee Gas put the project on hold, telling FERC that “due to the length of time that has passed since Tennessee filed its application and uncertainty in current market conditions, Tennessee is working to confirm the degree of market interest in the project.”

“On October 18, 2018, Tennessee filed a motion requesting that (FERC) vacate the authorizations granted in the September 2017 order, stating that due to changed market circumstances, it no longer intends to pursue the abandonment and construction project and will continue to use its existing facilities to provide certificated services to its customers,” Monday’s order from FERC states. “In view of the changed market circumstances, we will vacate the authorizations granted.”

About 20 miles of Tennessee Gas Pipeline No. 1 run through Boyle County, which was a hub for opposition to the pipeline proposal.

Kinder Morgan first announced it would no longer pursue the project in a third-quarter earnings statement released Oct. 17.

Kinder Morgan “has determined that it will not proceed with its previously proposed Utica Marcellus Texas Pipeline (UMTP) natural gas liquids project, instead maintaining that segment of an existing TGP pipeline in natural gas service while developing an attractive project to reverse its flow,” the statement reads. “TGP is now actively pursuing commercial arrangements for natural gas service from Appalachia to the Gulf of Mexico on that segment of its pipeline.”

Tamara Allen-Young, a media spokesperson for FERC, said in October that vacating the order allowing abandonment means Kinder Morgan would “start from square one” if it decided to pursue the same repurposing project in the future.

“If they want to do something similar or the exact same thing, they would have to reapply.”