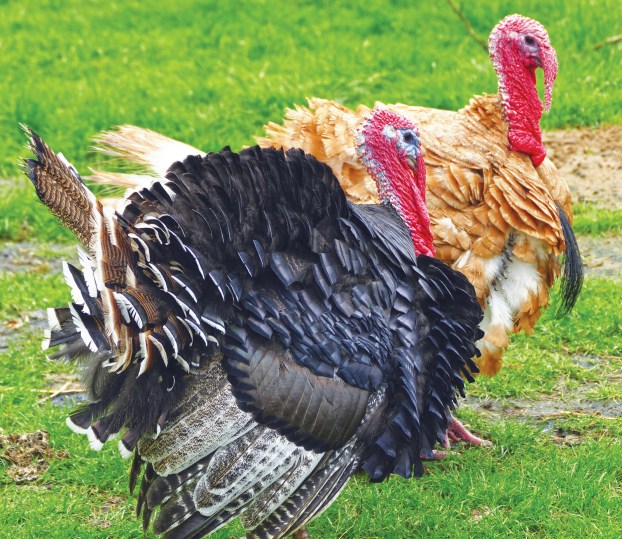 Amanda’s Animal Fact of the Week Female turkeys don't gobble. This is why male turkeys are sometimes referred to as gobblers. Females do make noises, but only the males make the gobbling sound that we often associate with turkeys.

Giving thanks for interesting turkey facts

Thanksgiving is an exciting time. I love being able to see family that I don’t normally get to see and eat lots of delicious foods. Of course, this holiday is different for everyone and some people enjoy different things about it. While everyone has their favorite parts, it’s pretty interesting to me that we have a holiday that is so intertwined with a specific animal.

Of course, there is Groundhog Day, which is all about an animal. But Groundhog Day is tiny compared to Thanksgiving, and other than that, there aren’t many holidays I know of in America that include such a heavy focus on an animal.

The turkey is a really interesting bird and while we celebrate Thanksgiving, I’m thankful for turkeys and how cool they are. So here are some turkey facts that you can share with your family during Thanksgiving.

• Benjamin Franklin did not want the turkey to be our national bird. This statement gets passed around all year, but I hear it most around Thanksgiving. Mr. Franklin wrote a letter to his daughter Sarah Bache on Jan. 26, 1784, and talked with her about the new seal for the United States. He told her what he thought about the bald eagle being chosen for the seal: “He is a bird of bad moral character. He does not get his living honestly.” He continues on to talk about how sometimes bald eagles will steal food that other birds have killed and refers to the bald eagle as lazy and a coward.

“Others object to the bald eagle, as looking too much like a Dindon or turkey,” Franklin wrote. So it isn’t that he wanted the turkey to represent the country instead of the eagle. He was commenting on the fact that others had thought the bird resembled and turkey and said that he would have rather it been a turkey.

You can view the whole letter, available from the National Archives, here — http://bit.ly/FranklinLetter.

• Wild turkeys can fly. While often domesticated turkeys are too heavy to fly, wild turkeys can actually reach speeds of up to 55 miles an hour when in flight.

• Turkeys, like all birds, have two stomachs. Turkeys will eat small stones to help them digest the foods they eat. This works because the small rocks go to their gizzard and helps crush the hard foods they eat. When you buy a Thanksgiving turkey and it sometimes comes with a bag of “giblets,” that usually includes the gizzard, liver, heart, and sometimes the neck.

Help out animals by leaving your leaves alone

The leaves are falling all around and while the temperature might make it feel like winter is here, we are... read more