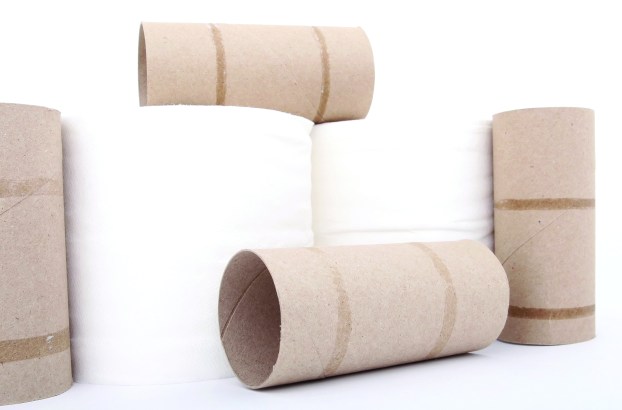 Dear EarthTalk: Does the Scott brand’s “tube-free” toilet paper really save much paper or is it just another form of corporate greenwashing?

Ditching the cardboard tube in the middle of the toilet paper roll is definitely a step in the right direction for Scott, the paper company owned by multinational conglomerate Kimberly-Clark, as it tries to do what it can for the planet while still providing the products its customers have come to depend on.

According to Scott, Americans currently discard some 17 billion cardboard toilet paper tubes every year—enough to fill the Empire State Building twice over. Meanwhile, RecycleBank, a company that works with municipalities to reward consumers for increasing recycling, reports that most of these cardboard tubes—some 160 million pounds worth every year—end up in landfills even though they could easily be recycled (or even turned into compost if thrown into the yard waste bin instead of the regular trash).

It is ironic that Scott, the company that first introduced the cardboard core to toilet paper rolls back in 1890, is the first modern-day manufacturer to go without it. But don’t worry about toilet paper tubes going away completely anytime soon. Scott is the only major manufacturer offering a tube-free option right now, and the vast majority of its own toilet paper sales are for those with the trusty old tube.

As far as environmental advocates are concerned, tube-free is better than not, but critics say Scott could do a lot better. “When they come out with getting rid of the tube, the logical thing to say is, ‘Is that the best that they could do?’ No, it’s not,” says Allen Hershkowitz of the National Resources Defense Council (NRDC), a leading environmental group. “But I wouldn’t label this greenwashing. I’d say this is a helpful initiative.”

For its part, Scott has been hesitant to add recycled content to its toilet papers due to compromised quality and softness. “We are still researching alternative fibers and evaluating them based on quality and availability for potential use in the future,” says Scott’s brand manager Jared Mackrory. “Right now we’re making a difference where we can.”

Beyond losing the tube, Scott has begun using fibers certified as sustainable by the Forest Stewardship Council, a non-profit wood, paper and forest products certification entity. And the company has pledged to replace half of all of its wood fiber with more sustainable alternatives by 2025.

In the meantime, it’s up to each and every one of us to do our part to reduce our use of toilet paper. One quick and easy way to stop wasting squares would be to install a Control-n-Roll on your toilet paper holder. This nifty reusable foam insert costs $4.99 for a two-pack, and its manufacturer claims it can cut your toilet paper use by 50 percent by serving as a brake on the roll when you stop pulling.

An even better way to reduce toilet paper use is by installing a bidet, which uses a jet of water to clean your nether regions so you can save the toilet paper for patting yourself dry. Blue Bidet gets high marks for ease-of-installation and high-quality workmanship despite being affordable.

Giving thanks for interesting turkey facts

Thanksgiving is an exciting time. I love being able to see family that I don’t normally get to see and... read more