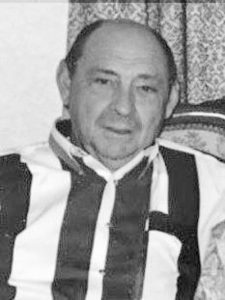 Born November 14, 1932, in Lincoln County to the late Houston and Marie Ollish Brown, he was a 1949 graduate of Highland High School and obtained his degree from Campbellsville College. He was an Airman First Class in the United States Air Force where he served as a medical assistant and later in life worked as a farmer and enjoyed buying and selling property and cars in his spare time.

He is survived by his sister, Joan Matthews of Dayton, Ohio; a niece, Marla Jones (Mark) of Perth, Western Australia; four great nieces and nephews, Trinity, Ethan, Elijah, and Benjamin; and his caretaker, Lanny Hubbard.

Visitation will be Friday, November 23, 2018 at Pleasant Point Baptist Church in Waynesburg, KY from 5-8 p.m. Funeral will be 1 p.m. Saturday, November 24, 2018 at the church with Reverend Vola Brown and Reverend Stephen Bates officiating with military rites provided by the United States Air Force and Caswell Saufley Post #18.