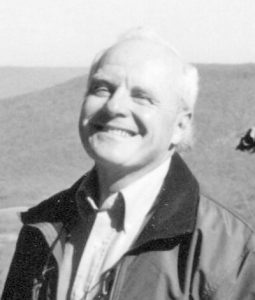 Granville Gayle Cox, 79, of Danville, passed away Sunday, November 25, 2018. Granville was the son of late Claude and Virginia Cox. He was born January 25, 1939, in Washington D.C. and grew up in Wytheville, Virginia.

Granville graduated from George Wythe High School in 1956. He played guard on the 54 and 55 Maroons football team and ran the half mile on the track team. He was a member of St. John’s Episcopal Church, Wytheville, where he served as crucifer and as acolyte. Granville was a member of the Boy Scout Troop 394 and was awarded the rank of Eagle Scouting 1957. In the summer of 1956, he worked as a lifeguard and swimming instructor at Camp Powhatan of the Blue Ridge Council of the Boy Scouts of America. Granville graduated from the University of the South at Sewanee, Tennessee in 1960 with a Bachelor of Science degree in Forestry. He was a member of the Cross Country, Westling and Track Teams and the Student Waiters Guild at Sewanee. Granville was retired from the U.S. Forest Service where he worked for 36 years, primarily as a Compartment Prescriptionest, Lead Timber Marker and as a mixmaster during severe fire seasons, mixing fire retardant and loading air tankers. Granville married his wife of 45 years, Thelma Louise McCollum on August 14, 1973. Granville enjoyed physical training and sports competitions. He won several weightlifting championships including three Kentucky State Championships (63, 64, 65) and three physique competitions (Mr. Ohio Valley 62; Mr. Kentucky 63; and Mr. Chesapeake Bay 65). He also competed in long distance running and timbersports competitions. He and his sawing partners won four Kentucky State Crosscut Sawing Championships and he won one Kentucky State Underhand Chopping Championship. Granville was a long time member of the Somerset, Kentucky Bird Club and The Kentucky Ornithological Society. He spent many hours roaming the hills and woods looking for birds and had helped with more than 60 Audubon Christmas Bird Counts. Granville also enjoyed reading and was a fan of automobile racing. He was a member of and a trustee of Our Savior Lutheran Church, Danville.

Granville is survived by his wife, Thelma; and two sisters, Frances Smith of Washington State and Barbara Jackson (Bill) of Winchester, Virginia.