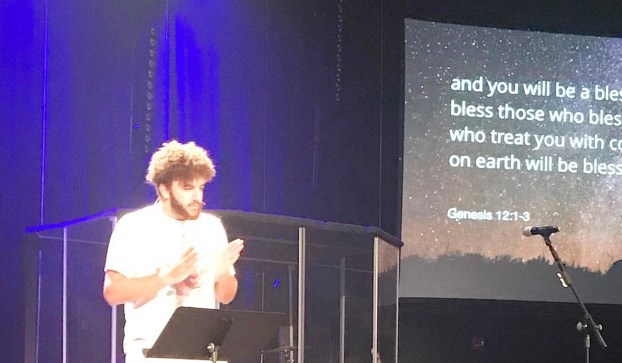 Photo by Shannon Colwick Leighton shares the love of Jesus as he preaches one Wednesday night at Southland Christian Church.

A bond forged by prayer, Faith fills the Colwick home

Like most homes where two teenage boys live, the environment is filled with continual teasing, arguing and disagreeing. What is unlikely in most homes is how quickly these behaviors can change with a simple, one-time request to end the bickering, also communicated with a laugh and a smile. This instant show of respect is not normal, but neither is traveling 8,800 miles to create such a climate.

Adopted brothers Reiley and Leighton Colwick and their mother Shannon have created a unique relationship through a special bond, sustained by prayer. Shannon always felt inspired to form a family in a special way. “I always knew I wanted to adopt. God put it in my heart early.”

The brothers were adopted separately by Shannon and Chad Colwick with Leighton joining the family first. Shannon explained that they “had three failed adoptions where birth mothers had changed their minds. I was able to actually be in the delivery room with Leighton, and it was love at first sight.” 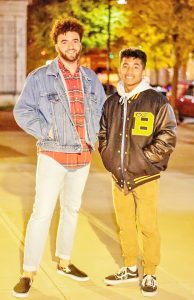 Photo by Shannon Colwick
Leighton and Reiley Colwick both enjoy sharing their faith and leading others closer to Christ.

Reiley’s adoption did not take place immediately after birth. “Reiley was also love at first sight, but it was through a picture of him. I didn’t get to meet Reiley until he was ten months old, but he was growing in my heart all along.”

The family of four began living in Louisville until Shannon was offered a job in Danville after the boys completed the third grade. Leighton explains, “We moved from Louisville to Mercer so my Mom could take the children’s ministry director position at Southland Christian Church. Then due to unfortunate events, we ended up in Danville. God led us here even though it was hard to see it at first.”

After enrolling in the Boyle County school system, they started attending Southland, which would change their lives forever. The boys began to attend church regularly and began to grow in their faith every day. Reiley has been grateful for the move. “Danville is the best place for me to be. I feel like everything happened for a reason.”

Church activities bring the brothers together, but they see themselves as being very different people. Leighton shares, “Reiley and I are different because he is the athletic brother who enjoys playing football and video games, while I would rather spend time with friends and become a leader at the church.”

Reiley’s explanation is a little different. “Leighton and I are different because he is more into drama and being vocal. I would rather set examples by actions and I enjoy doing that on the football field.”

The Colwick brothers may be different in almost every way, but there is one way they are alike — they love Jesus. “Leighton and I are similar in very few ways, but we both have the same passion to follow the Lord and we put God before anything else.”

Christ is certainly the leader of both of their lives. They attend church every Wednesday and

Sunday, and during the summer, they participate in the Panama City Beach program Christian

Another way the brothers impact others is through the Fellowship of Christian Athletes (FCA).

their mother Shannon also hosts another FCA chapter every Sunday night at their home, which

is open to all high school students. She does this because she wants teenagers to have an opportunity to know Jesus, and to make the right choices now and to learn from other people’s experiences.

“I want to tell people about Jesus, especially students. I want to provide a safe place where students feel free to be who God has created them to be. My prayers are that the Holy Spirit move and minister to the hearts of the students in our home. My prayer is that students understand that there is hope. God brings forgiveness, unconditional love, grace, and joy.” 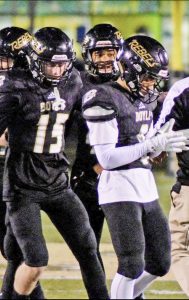 Photo by Shannon Colwick
Reiley takes a moment to pray before a game, giving thanks and asking for player safety.

on her adopted family. Leighton knows he is a blessed young man. “I was adopted at a young

age and I have grown to love and accept it. I could not be more thankful for mom for choosing to accept us.

“I have grown to accept being adopted and I love it and wouldn’t trade it for anything. I now have opportunities that I never would have dreamed of. I am now on the student leadership team at

Southland and if it wasn’t for adoption and moving to different places, I would never have had this chance. I get to do what I love and that is to share the word of God.”

Reiley is also aware of his special blessings. “I feel like everything happens for a reason and that God put us here to make a difference. I couldn’t imagine being anywhere else, being adopted changed my life.”

A new sports craze at BCHS

By ALAYSIA ORTIZ and SIDNEE SLONE Boyle County High School There is a new sport sweeping the state of Kentucky,... read more