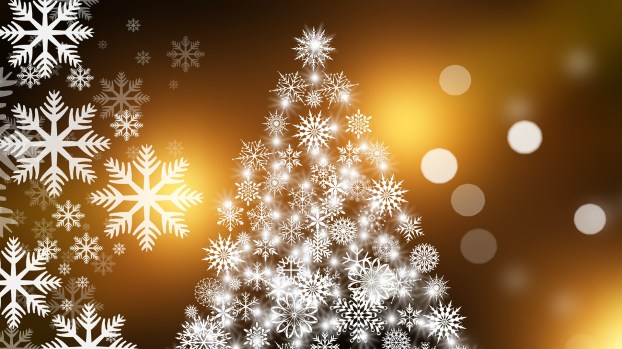 Weimaraner will be grand marshal for Perryville Christmas parade

The City of Perryville is inviting everyone to “Come home for Christmas.”

At 6:30 p.m. on Friday, there will be a parade featuring floats, schools, churches and other organizations. The grand marshal will be a weimaraner named Grayson, the Kentucky “Dockdog” champion, and his owners, Taylor and Erika Bottom.

DockDogs is a nationwide group of organizations that hold aquatic-based athletic competitions for dogs in three disciplines.

Grayson was also invited to participate in the world championships. “It was very prestigious for us to get invited,” Taylor Bottom said.

But not only did Grayson compete, he placed fourth in his division in the world championships this year, Bottom said. “I’m pretty proud of my buddy.”

“I think it’s really cool, when your dog is way cooler than you are” and gets to be grand marshal in the parade, Bottom said.

What makes it even more special to Bottom and his wife is that they live in Perryville and Grayson was born in the city. “He’s a hometown boy,” Bottom said.

When he heard Grayson was asked to be grand marshal, Bottom said he immediately called Doc and Lisa Norvell — “Grayson’s doggy birth parents.” They’ve bred and raised Weimaraners for more than 30 years. Since they’re proud of Grayson’s accomplishments too, Bottom asked them to escort Grayson by driving the pickup truck that Grayson will be riding in during the parade.

Following the parade, the annual Christmas Pilgrimage, sponsored by the Perryville Ministerial Association begins at 7 p.m. at Perryville Church of God, 209 Lyons Ave., where the first scene from the Bible’s story about the birth of Jesus comes to life. From there, spectators will walk to several other churches to witness more of the story.

Following the pilgrimage, the public can be a part of the annual lighting of the Christmas tree next to city hall. This will be the 12th and final tree lighting ceremony led by outgoing mayor Anne Sleet. A reception will take place inside city hall.

From 7 to 9:30 p.m. more holiday festivities will be happening at The Lodge, 533 Second St. There will be a Christmas bazaar where many vendors and arts and crafts artists will have their wares for sale.

Children will be able to decorate an ornament to take home and can listen to stories read by one of Santa’s elves. There will also be a table where they can write their letters to Santa and mail them right on the spot, said Main Street Perryville Executive Director Vicki Goode.

Santa himself will also be on hand for photo opportunities, Goode said.

Planning for Junction City to rejoin county-wide planning and zoning has been put on hold momentarily, until newly elected officials... read more