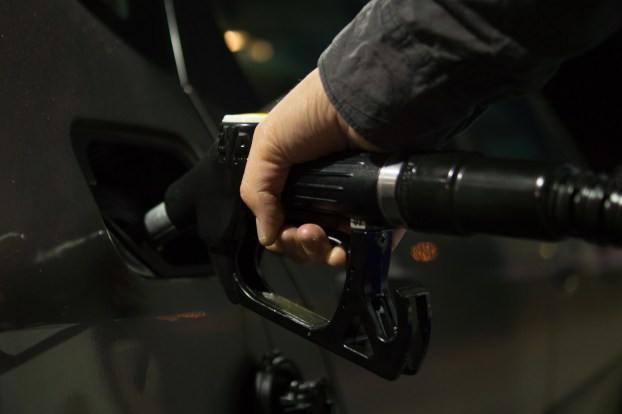 The Boyle County Fiscal Court recently approved a resolution urging the Kentucky General Assembly to “act as soon as possible to address all of Kentucky’s transportation funding needs to avoid further erosion of the transportation network.”

“This is an endeavor to encourage a change in the way our roads are financed,” Judge-Executive Harold McKinney said. “Raising the gas tax is what it amounts to. We can endorse this, and I’m very much for it. The gas can continue to fall, and it will take us 10 years to get back to where we were.”

McKinney said the resolution came from the the Kentucky County Judge-Executive Association (KCJEA).

“Everything is so dependant on the gasoline tax — but I would say it’s a fee, not a tax. If you don’t drive on the roads, you don’t pay it. With gas prices falling, it cut the road funding for not only state government, but county and city governments also,” said Vince Lang, the association’s executive director. He said the state has documented $1 billion worth of projects that are severely underfunded due to the dip in gas prices, which affects the gas tax.

“That’s not even taking into consideration all the repair projects needed to be made. It’s a difficult thing to keep up with potholes; it’s been tough,” Lang said.

The increase of the gas tax was proposed in the last session, backed by the Kentucky Infrastructure Coalition. It’s made up of manufacturers, farmers, engineers and local leaders, along with more than 40,000 transportation workers.

“It’s a varied group that comprises almost every segment of Kentucky that sees a need for not just road issues, but aviation, railways, etc.,” Lang said. The bottom line is “there’s a shortage of dollars. Before you even talk economic development, you have to have sufficient transportation to allow for it.”

House Bill 609 would have increased the gas tax, amounting to about 10 cents more on the gallon — taking it from 26.1 to 36.1 cents. That legislation failed to pass during this year’s general session.

Lang said most drivers would “have a hard time recognizing 10 cents at the pump.” He said he just recently returned from a trip to Indiana, where the gas tax rose from 18 cents to 28 cents last July.

“I traveled throughout the state of Indiana, where gas tax is several cents more than here, but never saw any gas higher priced than what’s in Kentucky. And they had several roadway projects underway, too,” Lang said. He said there simply isn’t a choice any longer.

“The dollars are no longer there that were years ago, and the cost of everything has gone up,” he said.

Lang said it wasn’t too long ago when you could lay blacktop for $20 a ton; now, it’s $70 per ton. “Materials are up, labor is more expensive, but we’ve got fewer dollars to operate with.”

Lang said it’s not like KCJEA is an organization that’s “always out there pounding away for tax increases.” He said the Kentucky Chamber of Commerce, Kentucky Farm Bureau, Kentucky League of Cities, Kentucky Association of Counties and many more are pushing for an increase in the gas tax.

He said the League of Cities wasn’t in support of the bill originally, due to how the funding formula was set up. Under the current formula, 52 percent of the gas tax goes to the state; 22 percent goes to rural, secondary roads; then the counties get 18 percent, and the cities about 8 percent.

“What we decided to do is get back to the point where it was our peak amount. The gas tax is 26 cents now; 32 cents got us back to the highest funding point of $825 million. Once it reaches a threshold, there wouldn’t be a formula. At that point, we’d both get an equal amount — $13.5 million a piece,” Lang said.

He said there are variable, fixed and combined rates … “It’s a bit confusing to explain, but basically what we’re looking at is raising the threshold. Adding 10 cents to what we have right now, changing it from 26.1 cents to 36.1 cents.”

Lang said legislators didn’t want to vote for HB 609 because it was viewed as an increase of a tax, and they wanted to win their elections.

“I was county judge in Hart County. I had to pass two taxes there, had to close my jail — you have to do things that need to be done, and you don’t put it off because of politics,” Lang said.

“That shows there were many who felt like this needed to be done. If you’re doing the right thing and tell people why you’re doing it, I don’t think they’ll punish you. Sal won his race,” Lang said. “And surrounding states are already doing the same. The main emphasis is that here’s an opportunity to provide safer roads for our communities.”

Rep. Santoro (R-Boone) said one of the biggest problems for counties and cities is that the gasoline tax was established back in the ‘40s.

“I just left a conference where they’re talking about hybrid and electric cars. We’re in a new century, and we’ve got to change some things around,” Santoro said. Back then, he said, the way the formula was calculated and how it was distributed worked — but things have changed.

“We now have these vehicles that will get 40-50 miles per gallon, and they’re just not paying their fair share. They need to change the consumption fee — you don’t have to pay it if you don’t drive on the roads,” he said.

Santoro said Kentucky’s roads are worn down and the state doesn’t have the money to fix it — “We’re thin on personnel and on the material. The secretary (of transportation) has come to the point where if we’re going to do something, let’s make it last 25 or 30 years. That’s the right mindset, but it takes money.”

When asked if the bill he sponsored mostly didn’t make it through due to politics, Santoro paused for a moment.

“It’s was because of a lot of things. The pension crisis, we did tax reform, we did a lot at that time,” he said, adding that there was “a lot of turmoil” during the last general session.

“We had a lot of new members, and it was their first budget.” He said the new members have to be educated on the road funding system, where the money goes, and “right off the top, out of the road money, $106 million goes to the Kentucky State Police,” which he said he doesn’t knock — he’s a former state trooper himself.

Coming soon, lawmakers will have “another big gorilla on our back — the federal toll credits,” or the Federal-aid Matching Strategies through the Federal Highway Administration, Santoro said. In 2020, money bonded through the program will be eliminated.

“We’ll have to take the money from our own state highway fund to buy buses, and I don’t think a lot of our members understood that. We’ll have to come up with more funding just for our local transit companies.”

Santoro said as lawmakers, “we have to come up with more money all of the time. I believe we keep the conversation going with the members, along with Vince Lang, the League of Cities, KACo … They all know there’s a problem, and that it keeps getting bigger and bigger. It’s not a Republican or Democrat thing, it’s a Kentucky thing. If we have the right message out there, I think we can get it through.”