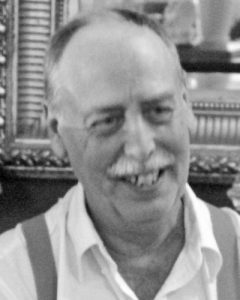 Tommy Lee Pemberton, 65, of Casey County, passed away Saturday, December 8 in Junction City with his loving brother, Ronnie, who along with his sister, Ann, had cared for him. Tommy had always lived and worked with Ronnie and will be missed by him greatly.

He was born on September 2, 1953, in Hustonville and was the son of the late Dave and Della Pittman Pemberton. He, along with Ronnie, previously worked at Shakertown and owned and operated Two Brothers Cafe. He was a member of the God’s Hometown Church and had served as a deacon at New Hope Baptist Church. His passion was playing the piano; and years ago, he and Ronnie had sang with a gospel group called Witness.

Funeral services will be held Wednesday at 1:00 p.m. at W.L. Pruitt Funeral Home by Bro. Donald Lear. Visitation will be 11:00 a.m. until the time of service Wednesday. There is guestbook available at www.wlpruitt.com.