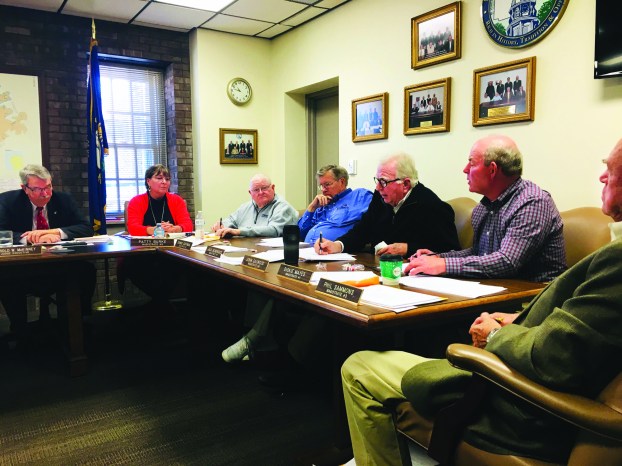 During Tuesday morning’s meeting, Magistrate John Caywood asked the Boyle County Fiscal Court to take a position on controversy from years past: the so-called “road diet” plan for downtown Danville.

Caywood said the court received a response back from an inquiry into a concern about the road diet plan for Main Street potentially being back on the table.

The Kentucky Transportation Cabinet plan — which called for reducing Main Street to one lane of traffic in each direction, instead of the two current lanes — infuriated some business owners and was a hot topic for many leaders and residents. The plan would have created a shared turning lane in the center, with the goal of slowing down traffic and creating more parking.

After substantial outcry in the Danville community, the road diet was unexpectedly canceled in 2014 by the state.

Caywood told the court that Baker’s letter stated, “We are just now having some internal discussions within our office to decide on what to do.”

“Nowhere in the letter does it say it’s not being discussed — the changing of the lanes,” Caywood said. “In the absence of that, let’s assume it’s on the table.”

Caywood said the court should “help in their discussions” and take a position. “We did several years ago. And I think it’s time — if they’re having discussions — we take one today. I make a motion that the fiscal court of Boyle County wishes to make it known to District 7, Kentucky Department of Highways, that we as elected officials ask that the number of the lanes on Main Street … not to be changed from its present design.”

Caywood said he felt a letter back making them “aware of the court’s decision … and all of our signatures … will help them to understand the position of this community and those districts we represent here … Let’s get ahead of this and make their discussions a little easier.”

The court unanimously passed the motion.

Natasha Lacy, public information officer for District 7, said no final decisions have been made at this point.

“District 7 does not have anything firm to discuss at this time with regard to potential changes for striping on Main Street,” Lacy said. “We are just now having some internal discussions within our office for possible alternatives.”

She said the plan is to have a traffic consultant perform counts and a simulation for presentation about how changes would impact the roadway.

“It will likely be late winter/early spring before we have that information. After that, we plan to meet with local officials to gather their input. Next, we will follow up with public involvement, if they are agreeable,” she said.

When pressed further about whether the road diet is still an option, Lacy said the engineer indicated that no final decisions have been made at this point.

Boyle County Clerk Trille Bottom resigned as fiscal court clerk, effective Dec. 31. Bottom said it’s actually uncommon for the county clerk to serve as the fiscal court clerk, and now that she has three new employees “on the front line,” she needed to be able to spend more time in the clerk’s office.

The fiscal court clerk is responsible for taking the minutes during the meeting, compiling them and then filing them in books, as well as filing any ordinances and other required paperwork. McKinney said there are around 30 meetings a year.

Bottom isn’t paid for the extra duties. She said for each meeting, it can take up to six hours to get all the legwork completed.

The court will issue an RFP (request for proposal) in order to find individuals who are interested in doing the job as a contract position, and finding out what they would charge for the duties.

The next Boyle County Fiscal Court meeting will be 10 a.m. Wednesday, Dec. 19.

Keeping them entertained: Danville man has been in movie business for almost four decades