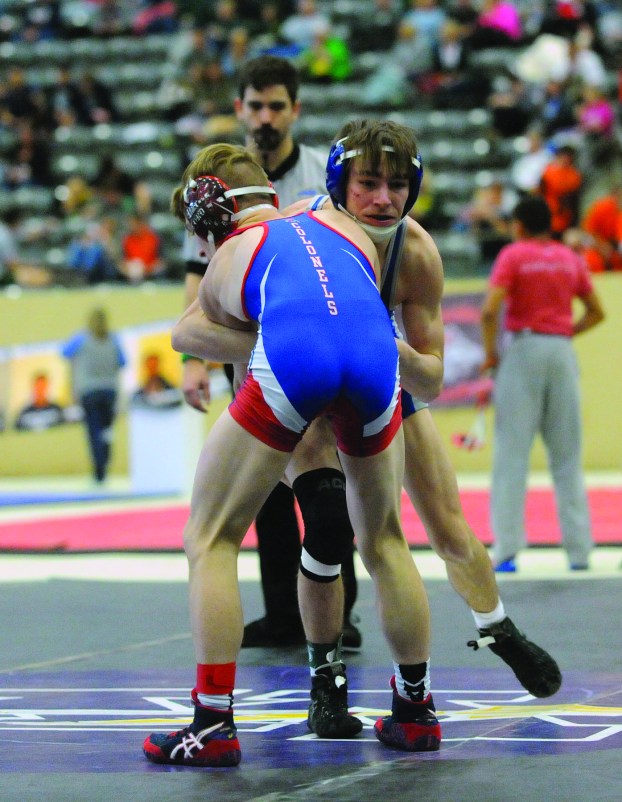 Last season, Danville’s wrestling season was capped by a stellar state-tournament finish: Seniors Don Harris and Eric Bloh each made the second day at the state wrestling tournament, with Harris placing third.

This year, Sallee and Updike are the only returning Admirals who made state a year ago. The Admirals have a young team — eight of the 21 wrestlers on the roster are underclassmen or in middle school — but head coach Joey Sallee said his team is improving early in the year.

“We are improving. It’s a new year, several new kids,” he said.

The Admirals went 2-3 in the Big Brother Duals at Boyle County last weekend, and coach Sallee said his wrestlers are still working to find the right weight class. Updike, for example, is 2-0 but working from the 285-pound weight class to 220, where he competed as a junior.

“We went 2-3 at Boyle. About what I expected,” coach Sallee said. “This point in the season we still have several guys settling into weight classes. Several of them won’t be eligible for their lowest weight class until after Christmas. I think by the time January and February get here we can be competitive.

“Spencer and Morgan are our returning state qualifiers. Morgan is currently 8-1, and Spencer is 2-0. He is on his way down to 220, but has been splitting time at heavyweight with senior Pierce Haines.”

“Sophomores Kaden McWilliams and Colby Stevenson are both first year guys,” he said. “Both have been impressive wrestling at 182 and 195. Senior Caleb Campbell has worked hard in the off-season, and we are hoping it will translate to success on the mat.”

Danville will visit Lafayette this weekend in the Five Star Classic. The Danville Duals are scheduled for Jan. 26.

Danville guard Tevin Kavanaugh has a unique role for the Admirals in his senior season. Kavanaugh isn’t a scorer —... read more