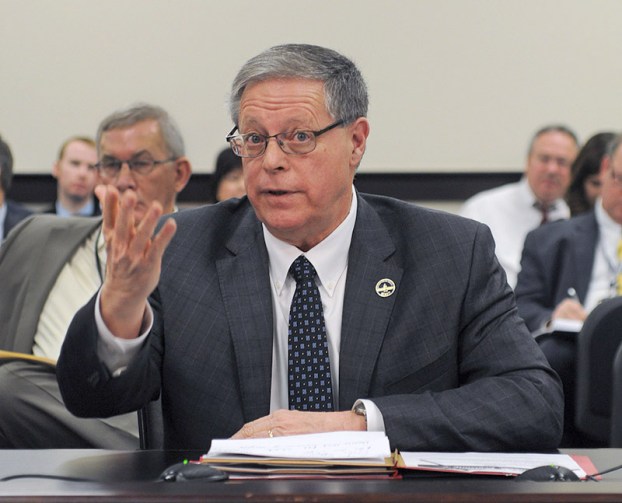 Boyle County’s state senator, Rick Girdler (R-Somerset) was on his way to Boyle for a Christmas event Monday when the news broke at 4 p.m. that Gov. Matt Bevin was calling a special session of the Kentucky legislature, to begin just four hours later at 8 p.m.

“I found out just about the same time you did, I guess,” he told an Advocate-Messenger reporter Monday evening, as he was headed to Frankfort.

“I’m assuming it’s got to be with Senate Bill 151, but I don’t know that” for sure, Girdler said.

Bevin issued a statement Monday calling on Kentucky legislators to “enact vital legislation that will be a meaningful first step toward shoring up our dying pension system.”

“We stand at the threshold of financial failure. That is not acceptable,” Bevin said in the statement.

Bevin’s decision to call a special session came four days after the Kentucky Supreme Court unanimously struck down the pension reform bill — Senate Bill 151 — that passed during the 2018 General Assembly. The court ruled the legislature had improperly slipped the pension bill text into another bill and failed to give it the required three readings.

House Democratic Leader Rocky Adkins, who is seeking the Democratic nomination for governor next year, issued a statement shortly after Bevin announced the special session, calling the governor’s decision “appalling.”

“Neither I nor any member of the House Democratic Caucus was consulted or even given a courtesy call that this was happening and many of our members are unable to make it tonight,” Adkins said in the statement. “To expect legislators to be in the Capitol literally hours after calling a special session — especially during the holidays and three weeks before the next regular session — is the most short-sighted and unnecessary action I have ever seen a governor make.”

House State Government Committee Chair Rep. Jerry Miller told KET that a new “House Bill 1” to be considered during the special session would “contain the substantive content of the old Senate Bill 151.”

“We’re not plowing new territory in HB1, Miller says,” KET Public Affairs tweeted Monday night. “I anticipate that by Friday we will adjourn, Miller says,” came in a follow-up tweet.

After several hours spent mostly in recess Monday, the Senate adjourned for the day shortly after 11:15 p.m. The House adjourned a few minutes later, just before 11:30 p.m.

Before he got to Frankfort Monday night, Girdler said he wasn’t at all sure what to expect. But as far as his vote is concerned, Girdler said he voted for it the first time and “I don’t want to see a lot of changes in it — I’ll put it that way.”

“I didn’t dislike the pension bill that we had because it made it better for the people that’s already retired,” Girdler said. “I’m 63 years old. I hear a lot from people that are already retired. … They come up to me and thank me for voting to save their pension.”

Girdler said he wondered how many lawmakers could manage to show up on such short notice — some who are farmers when they’re not in Frankfort may have been “out in the middle of a cornfield” when the news broke, Girdler said. He also noted some lawmakers are lame ducks who lost their elections or didn’t seek re-election, which could affect how they vote a second time.

“This is going to be interesting — I’ll put it that way,” he said.

Girdler said he hopes whatever is done can be done quickly — he has holiday plans with nine grandkids and he wants to see them all.

“We’ve got ours (Christmas) scheduled for this Saturday,” he said, adding that if the special session gets in the way, “my wife — she’ll have my head, I guess. But I hope not.”

Boyle County state Rep. Daniel Elliott (R-Danville) did not respond to a request for comment.

Boyle County’s lead economic development professional has been given a special state-level recognition by the Kentucky Association for Economic Development.... read more