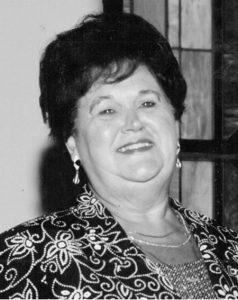 Roberta Faye Lister Zeller, 80, died Tuesday, December 11, 2018. Born in Junction City on June 29, 1938, she was the daughter of the late Arthur Earl and Margaret Fay Tharp Lister. She graduated from Junction City High School in 1956. Roberta was employed by Ephraim McDowell Regional Medical Center in the Administration Office. She was an avid Democrat having active roles in her government, including serving as past vice president and president of the Democratic Women’s Club. Roberta was a strong supporter and recruiter for the Democratic Women’s Club locally and at the District and State level. She served for 20 plus years on the Democratic Executive Committee, and she was a Junction City Council Member. Roberta was a member of Junction City First Baptist Church but also attended Ss. Peter and Paul and was an Amen Corner Volunteer.

She was predeceased by her husband, William L. Zeller and a brother, J. T. Lister.

The funeral service will be 1 p.m., Wednesday, December 19, 2018 at Stith Funeral Home, Junction City. Barry Harmon will officiate. Burial will be in Junction City Cemetery.

Memorial donations are suggested to Democratic Women’s Club or Heritage Hospice. The online guestbook is available at www.stithcares.com.