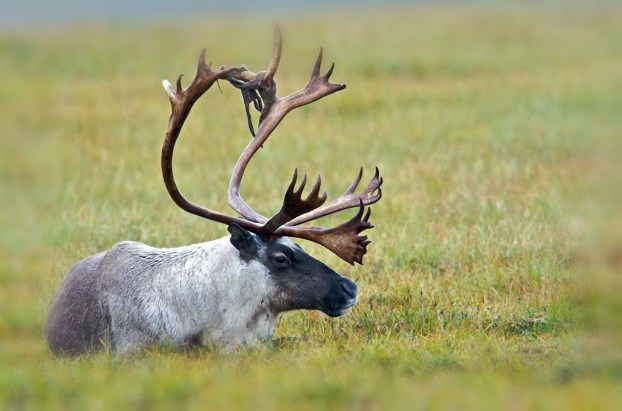 Amanda’s Animal Fact of the Week Reindeer, also known as caribou in North America, have special noses that warm the air before it reaches their lungs.

Christmas is just around the corner. I have recently rediscovered a fun children’s Christmas activity: throwing out “reindeer food” for Santa’s reindeer. Whether you believe in Santa or not, it is a pretty cute idea to throw out some food for the reindeer. I mean, if you are going to feed Santa you might as well feed his reindeer too!

But the recipe for the reindeer food usually includes uncooked oats and glitter. This is really unfortunate, because while the oats could be eaten by birds, the glitter is just microplastics. The last thing we need is more microplastics in the environment. There are so many plastics in our environment already we do not need to willingly and knowingly add more.

This is a really sweet idea with a bad outcome: little kids wind up polluting the environment on Christmas Eve. I could not think of anything less magical. All around the country, children are going to think they are doing something nice for Santa’s reindeer, but instead, they will be throwing tiny pieces of trash on the ground that could harm wildlife and pollute the water.

Turns out reindeer don’t even like glitter. Reindeers are ruminants, which means they have a four-chambered stomach. According to the San Diego Zoo, they eat “mosses, herbs, ferns, grasses and the shoots and leaves of shrubs and trees.” They will also get by in the winter on moss and lichen — especially reindeer moss, according to the zoo.

I know that this is supposed to be a magical thing and it will be fun for the kids. I don’t want to take that away, but I do think that the grownups need to really think about the repercussions of these actions and make a better choice.

The reindeer food problem is similar to when people release balloons or lanterns in honor of someone or to celebrate an occasion. While it seems like a nice thing to do, people often do not think about the environmental impacts. The balloons and the lanterns will land somewhere — who knows where — and when they land, they become litter that can harm wildlife.

Lots of young kids have probably already brought home these reindeer treats home from school. If they have, you should inspect them for glitter. If you find glitter in there, you can either tell the child about how litter affects the environment and explain why you cannot throw it outside or if you don’t want to talk to them about how glitter is terrible for the environment yet, you can just replace their reindeer food with a more appropriate reindeer food that you can throw outside.

I would suggest using oats and birdseed — that way you are throwing things out that will actually benefit wildlife. Some people use colored sugars in theirs, which is a much better option than glitter and can add some shine to your mixture.

Another option for feeding Santa’s reindeer I have seen a lot online is to put out some carrots for the reindeer with Santa’s milk and cookies.

Wishing you all a happy, magical and eco-friendly holiday season.

On my Christmas to-do list this year: drink lots of hot cocoa, bake cookies and watch the movie “Elf,” a... read more