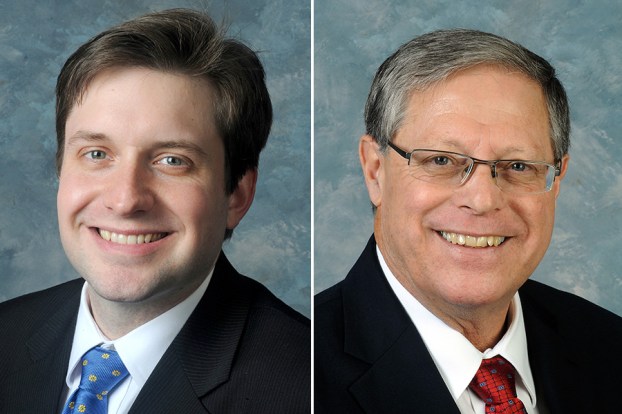 Bevin’s decision to call a special session Monday night came four days after the Kentucky Supreme Court unanimously struck down the pension reform bill — Senate Bill 151 — that passed during the 2018 General Assembly. Lawmakers scrambled to Frankfort and met on Monday night and Tuesday; on Tuesday night, they voted to end the special session without passing any legislation.

“I supported the motion and the decision to adjourn the special session because I did not think we would be able to work out the problem and the issue within the confines of a five-day special session,” Elliott said. “The governor submitted a bill which was different than Senate Bill 151. And that was where I think there was some (sort) of a disconnect, based upon some of the changes that his proposal had in it. I think if the details had been worked out probably before the special session was called, there may have been hope of passing something in that short period of time. But the bill was not the bill that I had originally supported.”

Both Elliott and Girdler voted for Senate Bill 151 earlier this year.

Because of changes in the proposed legislation, there wouldn’t have been enough time to properly consider amendments that would be necessary for a special session bill to pass, he explained.

“Tonight is a sad night in the commonwealth. What is clear is that Kentucky, at this time, does not have the legislative ability to make the difficult decisions before us,” Bevin said. “… While the General Assembly left the job unfinished tonight, I am convinced that Kentucky’s brightest days are still ahead.”

House Speaker-Designate David Osborne had a different take after the adjournment: “The (Republican) majority will not run from making the tough decisions that have been ignored for years. We have proven as much in our action to take on this pressing issue, while reversing the trend of chronically underfunding the pension systems. However, we will not address this crisis within the confines of a five-day special session. We will take our time and analyze all points, while working toward a solution during the upcoming 2019 Regular Session.”

Girdler and Elliott agreed something must be done to fix Kentucky’s pensions systems. Both said they would like to see something similar to this year’s House Bill 151 passed again. Elliott noted the Supreme Court struck down House Bill 151 not because of its content, but because of how it was passed. The text was substituted into the shell of another bill that had already had multiple readings; the Supreme Court ruled the legislature failed to give the pension bill the required three readings for it to become law.

“I think we need something along the lines of Senate Bill 151 for sure, in order to stop the bleeding that the pension systems are currently undergoing,” Elliott said. “(House Bill) 151 was not perfect and no legislation is ever perfect, but I think we do better work when we do our work in a regular session, where we have more time to debate and bring all the various stakeholders in and get their opinions, and hopefully work out something everyone can agree upon.”

Elliott said Kentucky’s pension systems are underfunded by $40 billion, giving the state the second-worst funded pensions in the country.

“That’s a serious concern and I think when we move forward, we (shouldn’t be) politicizing the issue,” he said. “I think unfortunately, some groups have. … If we don’t get our hands around the problem, these systems could go bankrupt. And I certainly don’t want that to happen.”

Girdler said Senate Bill 151 went a long way toward fixing things so the pension systems would no longer be losing money every year.

“It’s kind of like putting water in a bucket with a hole in it. At some point, you’ve got to patch the hole,” he said.

“When I make my vote, my decisions are weighted … toward the people that are already drawing retirement or is fixing to draw retirement,” he said. “Not discounting the others, but just saying those are the kinds of people we need to look at.”

Girdler added that he doesn’t believe Bevin is being portrayed fairly by some when it comes to the pension issue.

“Some of the people who don’t like him want to paint him as a manipulator. I believe he’s been right straight up-front with us,” he said. “… You may not like his tone, but you’ve got to like what he’s trying to accomplish. At least he is trying to do something to save this pension … regardless of how he sounds or what he says, you’ve still got to look at what his actions are.”

Editor’s note: This is the fifth in a series of stories highlighting discussions during a recent Danville City Commission/management team... read more