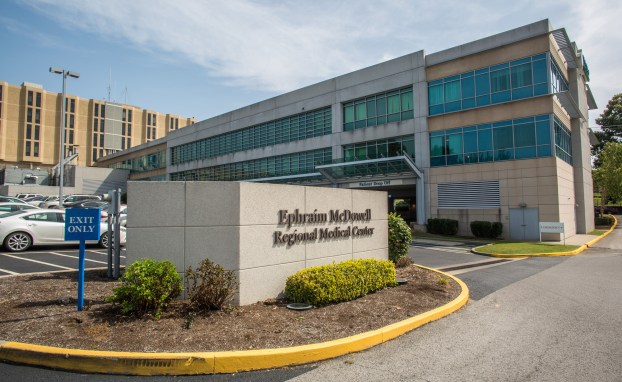 The Kentucky Hospital Association recently released a report on the economic impact of hospitals to their communities in 2016 (the most recent figures available). That report shows that Ephraim McDowell Health’s three hospitals have an economic impact of $97.2 million on their local economies, represented by nearly $66.6 million spent on wages and salaries for 1,199 employees and $30.6 million spent on supplies and services.

“Most folks understand how our hospitals provide the services needed to keep people healthy, but they may not realize the positive financial impact provided to the local economies by the jobs and payroll our hospitals provide,” said Daniel E. McKay, president and chief executive officer of Ephraim McDowell Health, parent company of Ephraim McDowell Regional Medical Center in Danville, Fort Logan Hospital in Stanford and James B. Haggin Hospital in Harrodsburg.

The economic impact report includes a statement about the importance of local hospitals in their communities, “not only for the health care services they provide, but for their contribution to the economy.”  It added, “The jobs and payroll generated by Kentucky’s hospitals supply tax revenue to state and local governments, and support other Kentucky businesses through the purchase of goods and services.  These dollars have a ‘ripple effect’ as they move through the larger economy, supporting other businesses and jobs in the community, as well as generating tax revenue used to fund state programs. The flow of health care-generated dollars in communities draws in new businesses, sustains existing businesses and provides critical funding for a community’s infrastructure needs.

The three hospitals, serving an estimated 120,000 residents in a 6 county service area, paid a combined $9.7 million in state and local taxes and spent a total of $6.3 million on capital projects during 2016.

The economic impact report also shows that the three hospitals had a combined 207,772 outpatient visits and inpatient admissions of 7,847 in 2016. Visits to the three hospitals’ emergency rooms totaled 48,997 in 2016, while the regional medical center recorded 609 births and Fort Logan Hospital had 451 births that year.  Haggin Hospital does not have a maternity unit.

The Kentucky Hospital Association findings also reflects the impact on the entire economy – not just the three hospitals – that would result from reductions in reimbursement from Medicare and Medicaid. According to the report, a 10-percent change in the hospitals’ net patient revenue due to cuts to government programs like Medicare and Medicaid would reduce hospital employee wages and salaries by $6.6 million and reduce state and local government tax revenue by nearly $1.2 million. Those reductions would cause a ripple effect to other businesses, creating a loss of $28.1 million in regional sales and a reduction of nearly $8.7 million in regional wages and salaries. The KHA reports that 59 percent of the regional medical center’s patients are covered by government programs, while that number is 67 percent for Fort Logan Hospital and 68 percent for Haggin Hospital.

Although the three hospitals are located in Boyle, Lincoln and Mercer Counties, Ephraim McDowell Health has more than 50 other facilities spread throughout Washington, Casey and Garrard Counties as well. The nearly 1,200 employees come from an even broader area, further increasing the value of EMH to the central Kentucky economy.