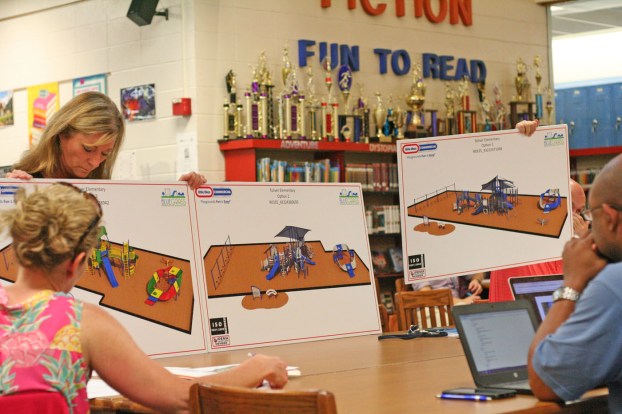 On Jan. 23, 1918, ground was broken and construction on the more-than-$30 million Boyle County Middle School began off of Cunningham Drive leading into Millennium Park, with the hopes of it being completed in time for the 2019-2020 school year. It’s the school district’s first building project since 1977.

The new middle school will be 122,000 square feet and feature instructional space for 900 students, a media center, and a gym that can seat 900. There will also be an auditorium that seats 500 and includes an orchestra pit and a fly loft for large productions.

In addition to this project, the school board also approved the initial BG-1 forms with the state for a pair of capital improvement projects with an estimated total cost of about $4.75 million. Both are related to completion of the new middle school facility. 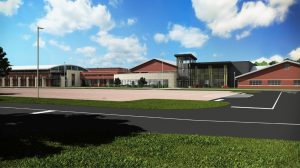 file photo Boyle County Board of Education
A rendering shows what the new Boyle County Middle School is expected to look like once construction is complete.

One project is the renovation of the existing Boyle County Middle School building to serve as the new Woodlawn Elementary School building; the estimated price tag is $3.07 million, Superintendent Mike LaFavers said.

The current Woodlawn Elementary School will be renovated to serve as the alternative school and the board office.

The other project involves substantial improvements to the track facility used by the middle and high schools; that cost is estimated at $1.687 million, LaFavers said.

Approving the BG-1s does not commit the board to taking any future action or spending any money, LaFavers noted.

A groundbreaking for Toliver’s addition was held in March 2016, and the new building was opened to students in the spring of 2017. Final renovations, including replacement of the school’s prominent, massive columns, were completed this summer.

Students at Hogsett Primary School are temporarily attending school in the former Jennie Rogers Elementary School building on East Main Street, now referred to as Hogsett on Main. Once Hogsett’s additions and renovations are complete, students will return to that facility and Jennie Rogers will become home of the school district’s central office.

The Hogsett building, located on Waveland Avenue, is having a preschool wing added, the drive up to the school shifted and rooms expanded, among other changes.

In other Danville School news, on Feb. 19, the school board voted 3-2 against renewing Superintendent Keith Look’s contract. The decision was made before an overflowing crowd and after listening to parents, staff and community members speak for more than 45 minutes about Look.

At the meeting, board Chair Paige Matthews said, “As a board, we have spent the last few months hearing, not only from teachers and staff, but also from parents, community members and even students.”

Matthews added, “However, at the end of the day, I know that I have taken all of the facts into consideration and I will make the best informed decision that I can.”

The board began searching for a new superintendent on Feb. 26 and on June 8, named Dr. Tammy Shelton as the new Danville School District superintendent. Her contract runs through June. 30, 2022.