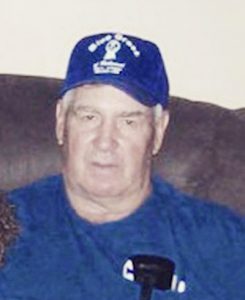 George Robert Pittman, 81, Stanford, Kentucky, formerly of Mount Vernon, died Friday, December 21, 2018 as a result of injuries sustained in a automobile accident on U S Highway 150 and KY 39 Intersection near Crab Orchard. He was the husband of Debra Rothwell Pittman whom he married Jan. 8, 2000. George was born October 10, 1937 in Mt. Vernon, Kentucky. The son of the late Clifford T. and Rachel Moore Pittman. He was a member of New Testament Baptist Church in Liberty, Kentucky. George was a veteran of the United States Army. He was a farmer who loved to work his land and provided great care for the cattle and horses. He loved his fellowman believing in the fact that it is more of a blessing to give than to receive.

In addition to his parents, he was preceded in death by one sister, Sally Morris Williamson; and two brothers, Glen and Earl Pittman.

Funeral services are 1 p.m. on Thursday, December 27, 2018 at McKnight Funeral Home Chapel with Bro. George Pierce officiating. Burial will be in Cresthaven Cemetery in Mt. Vernon, Kentucky with military funeral honors by the Caswell Saufley American Legion Post # 18 of Stanford.

Visitation will be held from 4-8 p.m. on Wednesday, December 26, 2018 at McKnight Funeral Home on 229 Main Street, Crab Orchard, Kentucky.

Memorial contributions suggested to be made to the Food Pantry of Fort Logan Ministries.