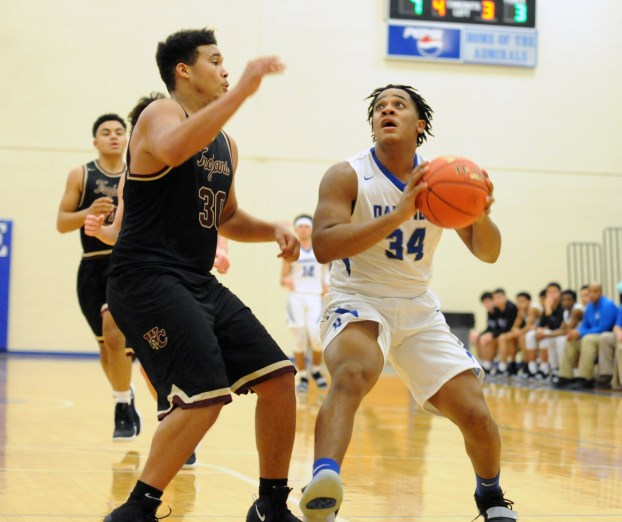 Danville gets 10th win of season after third quarter explosion

Dante Hayden scored just two points in the first half.

The third quarter was a different story.

Hayden posted 14 points in the third quarter to help Danville blow out Webster County 77-41 on Thursday in the Admirals’ Hilliard Lyons Holiday Classic.

Danville scored an incredible 37 points in the third quarter — the score was 24-15 at halftime — to put the game well out of reach for the visitors. Webster County (8-4) scored 16 points in the quarter.

“We just talked about turnovers, that was our whole halftime discussion,” McKinney said. “It wasn’t like they were taking it from us, it was just all bad decisions. They are poor decisions with the kinds of people we’ve got. If we just make a good play, we’re going to get shots. We don’t have to make a great play. I’ve had teams where you have to make a great play to score. But this team, we just need to be solid.”

Danville’s first half was a tale of two quarters on the offensive side of the ball — the Admirals scored 20 in the first quarter, with seven different players scoring and 10 different players entering the game.

But the second quarter wasn’t the same on offense: Danville’s defense continued to be stingy, but the offense couldn’t convert that defensive energy to points on the other end.

“First half, I thought we were good defensively,” McKinney said. “Most of the half I wasn’t in a good mood because of turnovers, but our effort defensively was good. We sustained possessions, they’d hold it for 20, 30 seconds and we didn’t have a breakdown. That’s encouraging.”

In the third quarter, Hayden hit four threes and Zach Thornton added another. Thornton would score eight points in the quarter and Trey Dawson added six.

That outburst was in part due to the halftime team talk.

“If we weren’t as good offensively, sometimes it’d be good to take chances,” McKinney said. “But we’re too good offensively, we have a chance to score if you just resist the urge to make a great pass and just hold on to it. That’s not a bad decision.”

The win is Danville’s second after its first loss of the season, a 51-40 loss to Wayne County at McCreary Central. The Admirals are 10-1.

Danville’s loss to Wayne was the fourth game in a stretch of five games across six days.

“I think we responded well,” McKinney said. “We were a little dead legged, we spent the night there in Somerset. We didn’t get out and defend the three very well. We won that game offensively.”

“I was pleased with our crowd for a holiday classic,” McKinney said. “Metcalfe and Whitfield brought a good crowd, our game had a good crowd.”

The 12th Region will be one of the most competitive in the state this year. For both girls and boys... read more