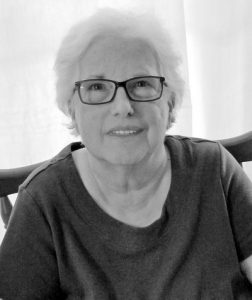 Born April 8, 1942, in Lincoln County, Ky., to the late Lawrence Alvin Long and Ruth Estes Long, she was the widow of John W. Sallee, Jr., whom she married in 1960. She worked as medical office assistant for several years, was a 25-year Navy wife, and for the last several years worked as a homemaker. She was also a member of Stanford Christian Church.

In addition to her parents and husband, she was preceded in death by a son, John W. Sallee III; and a brother, Lawrence “Lonnie” Long.

Visitation will be Friday, December 28, 2018 at Spurlin Funeral Home Chapel, Stanford from 5-8 p.m. Funeral service will be 10:30 a.m. Saturday, December 29, 2018 at the funeral home with Jason Coulter officiating. Burial will follow at Buffalo Springs Cemetery in Stanford.