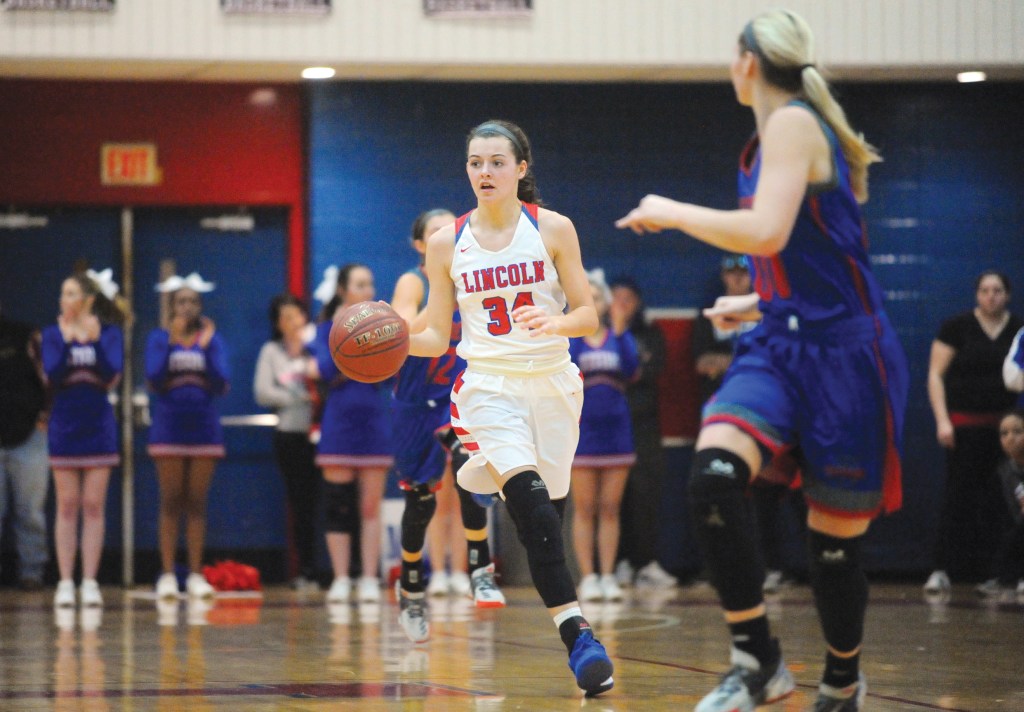 The 12th Region will be one of the most competitive in the state this year.

For both girls and boys basketball, there’s no clear favorite to take the titles this season.

Lincoln County might have the best claim to “favorite” status: On the girls side, the Patriots are led by a stellar senior class — Maddy Boyle, Emma King, Anna Lane, Zaria Napier and Kaitlynn Wilks — and have challenged Mercer County for the region title in each of the past three seasons.

The Patriots are battle tested, have the depth to win a grueling region and make it to Rupp Arena.

But the Patriots aren’t alone on the girls side: The region still goes through Harrodsburg and the back-to-back state champion Mercer County. The Titans return two key pieces from last year’s state champs in Toni McCombs and Channing Lewis, and the underclassmen at Mercer are itching to make their own name this year.

Casey County was region runner-up last year. Southwestern is out to a perfect 8-0 start this season. Danville has one of the top five scorers in the state in Ivy Turner.

Lincoln’s schedule will certainly help prove who’s the top dog in the region: The Patriots open 2019 with Danville on Jan. 4, will play some of the state’s best in the Toyota Classic at Scott County during the middle of the month and finish January with Casey County and Southwestern on Jan. 26 and 29.

Mercer County will have its own opportunities to prove itself in February, with games against Lincoln (Feb. 5), Casey (Feb. 8) and Southwestern (Feb. 15).

The boys side of the 12th Region is similar to the girls side — but without the teams at the top.

There’s no team with a claim to the top rank in the region as the calendar turns to 2019.

The 45th District has four teams with claims to making noise in the regional tournament.

Danville might have the best resume so far, but a loss to Wayne County on Dec. 22 proves that the Admirals aren’t indestructible.

Danville made just two threes in its 51-40 loss to Wayne, just eight days after beating the Cardinals in Danville. It was the third game in as many days for the Admirals, and on the road (at McCreary Central). It’s the first and only loss of Danville’s season so far.

Boyle County is the only 12th Region team to have played region games and be undefeated in those games —the Rebels are 2-0 with wins against Somerset and East Jessamine.

The Rebels are 3-4 and are without two star juniors in Reese Smith and Grant Hotchkiss, meaning they could make some noise come postseason.

Lincoln County is 6-1 in region play with just a five-point loss to Wayne County on its record. The Patriots are learning to play without big man Sawyer Carrier, but could play on their home court if they get through a brutal 45th District.

In the 46th District, Mercer County and West Jessamine each have two prolific guards — Carter Baughman and Dalton Bruner. Both players average more than 20 points per game.

Both teams have lost close games to Danville early in the season, and West won its home matchup with the Titans on Dec. 14.

Next week will give us the chance to watch just how much of a battle the 45th District will be: Danville visits Lincoln County and Boyle County visits Garrard County on Friday.

These words are just a small glimpse into what will be an exciting two months in 12th Region play.

Boyd, Jones to be inducted to KTCCCA Hall of…