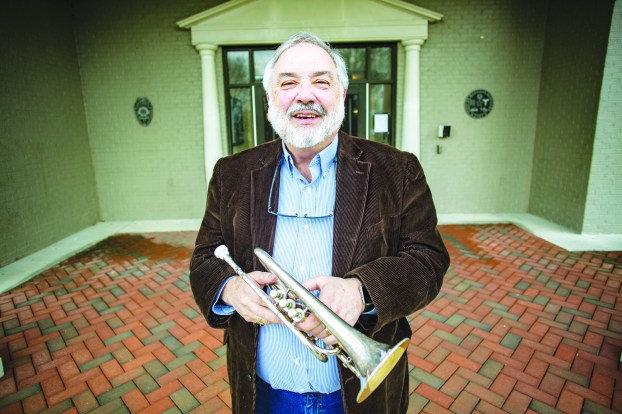 FIle photo by Ben Kleppinger Vince DiMartino has been named the 2018 Arts Citizen of the Year by The Arts Commission of Danville-Boyle County. DiMartino was selected in recognition of his worldwide reputation as a performer with groups such as the Boston Pops, the Army Brass Band, and the US Air Force Band of Flight among many others.

The Arts Commission of Danville-Boyle County has named Vince DiMartino the 2018 Arts Citizen of the Year. 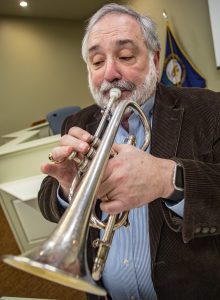 File photo by Ben Kleppinger Vince DiMartino plays a few notes on his trumpet during a photo shoot at Danville City Hall earlier this year.

Each year, the Arts Commission recognizes one or more individuals for their lifetime contributions to the cultural life of Danville and Boyle County.  The recipients represent a cross section of the artistic community. The 2017 the award was presented to Michael Hughes for his work in preserving the African-American culture of Boyle County through the organizing of the Soul of Second Street Festival and History Conference, his participation with various organizations such as the Board of Pioneer Playhouse and his lifelong involvement in well-known musical groups which perform frequently around the area.

The award has been given since 2004.  Other past recipients include Barbara Lockhart, Stuart Powell, Barbara Hall and Karen Logue.

DiMartino was selected in recognition of his worldwide reputation as a performer with groups such as the Boston Pops, the Army Brass Band, and the US Air Force Band of Flight among many others.  His has the distinction of being the first civilian to perform with the US Marine Band.  He was the co-founder, along with George Foreman, also a past Arts Citizen of the Year, of the New Columbia Brass Band.  He returns to the Great American Brass Band Festival stage year after year.

DiMartino’s role as a teacher was significant in the Arts Commission’s selection.  He taught at the University of Kentucky until 1993 when he was asked to join the faculty at Centre College as  Distinguished Artist in Residence.  He coordinated the Centre College Instrumental Program and taught trumpet, brass and jazz ensemble, and jazz history.  DiMartino served two years as Music Department Chair.  His work has touched the lives of hundreds of student musicians, some of whom continue to perform and work in the music field and others who continue to enjoy performing in various roles in their communities.

When the Danville Library Association was formed in 1893, its original members paid $3 apiece and were able to accumulate... read more