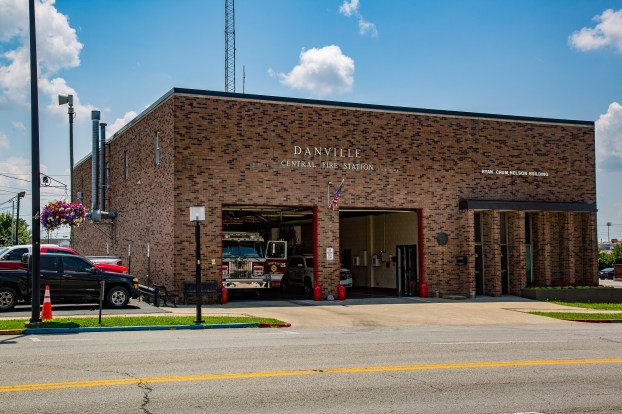 File photo by Ben Kleppinger Danville's aging Central Fire Station is in line to be replaced by a new, larger station, which will be constructed starting this year.

Although it won’t be fully finished in 2019, Mayor Mike Perros says the new central fire station staying in downtown Danville is still standing out to him as a project of significance in the coming year.

“It obviously will be significant because the old fire station is 50-plus years old. This one will be around for a while, too,” Perros said. 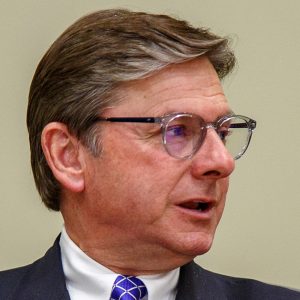 Coming up in the new year for the mayor and Danville city commissioners will be trips to other facilities to review modern innovations that could be included in Danville’s new station.

“I think our firefighters do a fantastic job with what they have to work with. This larger facility will provide certainly more comfortable living space —  nobody likes a tired firefighter. And (it) will allow for more equipment to be located downtown in a more efficient manner,” he says.

In a more recent move, the City of Danville just agreed to purchase the 30-acre property off the bypass known as the Boyle County Fairgrounds for $790,000.

“We’ve clearly disclosed part of our interest was to obtain adjacent property to the existing Millennium Park. I think Parks & Rec will become a focused topic for 2019,” Perros says. “I’ve already had some very promising and productive conversations with the new county judge-executive (Howard Hunt), and think we’re going to be able to come to a much better operating position.”

Perros says he feels in 2019, “due to the recent election and the relationships between many people on the fiscal court and the city commission, it bodes very well for this community. I’m very optimistic that we can get a great deal accomplished, and in an amicable way.”

Perros says he told Hunt, “This is an extraordinary, unique situation where the county judge’s parents were longtime friends of the mayor’s parents. And the county judge and mayor have a longstanding history of enjoying each others’ company.”

He says when Hunt was decommissioned as brigadier general, Perros attended the ceremony with Hunt’s family in Louisville. “I was honored then, and I am still honored by it today,” he says.

Perros says that relationship will help foster a “greater sense of communication, along with a greater awareness that the citizens of Danville are also taxpayers to the county. So this ‘one versus the other’ (city vs. county) should go away, and it needs to go away. I’m optimistic.”

When asked if any other big projects or impactful moves were on the horizon, Perros said, “Yes, but I can’t disclose.”

“I’m probably as ready as I’ll ever be,” Howard Hunt said about taking the helm of Boyle County Fiscal Court in January.

He hasn’t prioritized a top list of priorities because “there’s a plethora of things out there.” 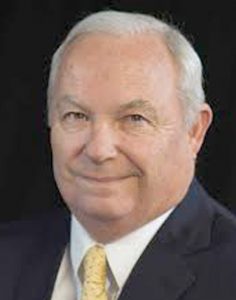 “This thing with the road diet is somewhere out there, don’t know exactly where,” Hunt said, but added he realizes “there are lots of pros and cons. It’s a fairly divisive issue.”

The so-called “road diet” is plan previously scrapped by the state Transportation Cabinet to reduce lanes on Main Street in Danville. The state is again analyzing traffic patterns in the city and may make recommendations for changes to the main downtown thoroughfare by spring. “And the issue around how we start attacking the concerns of the detention center, substance abuse programs,” Hunt said. “And (bringing) more industrial complexes into the county. Try to bring more revenue, creating employment opportunities — those are important.”

Hunt said he’s excited about the future of the relationship between the county and city. “I believe after a couple of informal preliminary discussions with the city, we can hopefully improve communications … I’m excited about a fresh, new start in a lot of different arenas.”

As far as his longtime relationship with the mayor, Hunt says, “This enthusiasm or excitement isn’t something people should look at as being new. Mike and I have had a very good, cordial relationship for many, many years … Will we always agree on everything? No, but we’ll do it in a civil, respectful manner.”

Hunt says after the last election, with four new members coming onto fiscal court, “it gives a change of pace. It’ll give new life into some old issues.”

After talking with some of the new magistrates, Hunt said this optimism seems to be par for the course. “It’s a real excitement on new vision … A new vision solving old issues kind of thing.”

He said substance abuse is also at the forefront of his mind in terms of challenges.

“The state of Kentucky has a vision of moving toward four regional substance abuse centers to take people out of jail and prison population who are nonviolent … drug-related violators, to put them in a program that’s 12, 18 months,” in order to reduce recidivism of drug related charges, he said. “That’s very exciting” — but, Hunt noted, there’s no guarantee Boyle would be chosen for a location.

Hunt said as far as Boyle County’s situation with an overcrowded jail, he feels it’s possible incremental changes or “tweaks” could get the population down. “Hopefully, provide increased services that we haven’t done in the past, if we can find the right funding and providers.”

He said if the court could find “a good mental help clinician that would give us 20 hours a week to help with treatment, that would be a big plus. That’s part of a new vision, how I would deal with things.”

A campaign promise Hunt made will go into effect as soon as January, he says. He will make scheduled visits to each district with its magistrate and constable each month, in order to hold a “mini town hall session, inviting the public to come in and tell us their issues and concerns.”

“We’re all excited about that,” Hunt said. “We want to meet the constituents and hear what they have to say … what I call keeping the finger on the pulse of the people.”

“Clearly, the biggest issue facing local county government is the choice of incarcerating people or getting them into some kind of treatment,” Harold McKinney said. Judge-executive for the last 11 years, McKinney took his name out of the hat for 2019.

“I hope we lean toward treatment,” he said. “That will be the biggest issue that will be facing people at the local county level.” 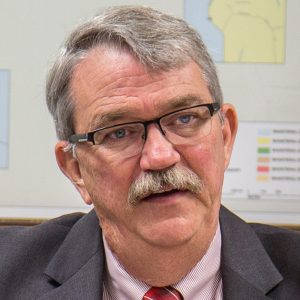 One of his wishes is for Constitution Square Park to be used more, and to see the endowment fund grow.

He said he’s also “looking forward to seeing the walking trail on Ky. 2168 extended to the bridge.”

That may not be a huge issue to some, but “it gives us an opportunity to do things other communities can’t … safe exercise opportunities that are outside and good for the community,” he said.

In the new year, McKinney said he hopes community leaders “remember to put our minor disagreements away. We’re more alike than we are different.”

McKinney said he has every confidence the Boyle County community will sustain itself in a good way. “An obstacle is just an opportunity, another way to look at something differently.”

As far as his plans, McKinney said he won’t stay idle long.

“I’ll be involved with the Presbyterian church in a non-management way. Maybe I’ll go on a board I haven’t been on before. Or have some free time and see my grandbabies, and spend some time with my wife. I’ll get back involved as time goes on.”

But for now, McKinney said he’s happy to take a breather, sit back and figure out what he wants to do with the rest of his life.

Over the course of the year, Kathy Miles thinks the Boyle County community will see more treatment and recovery resources... read more