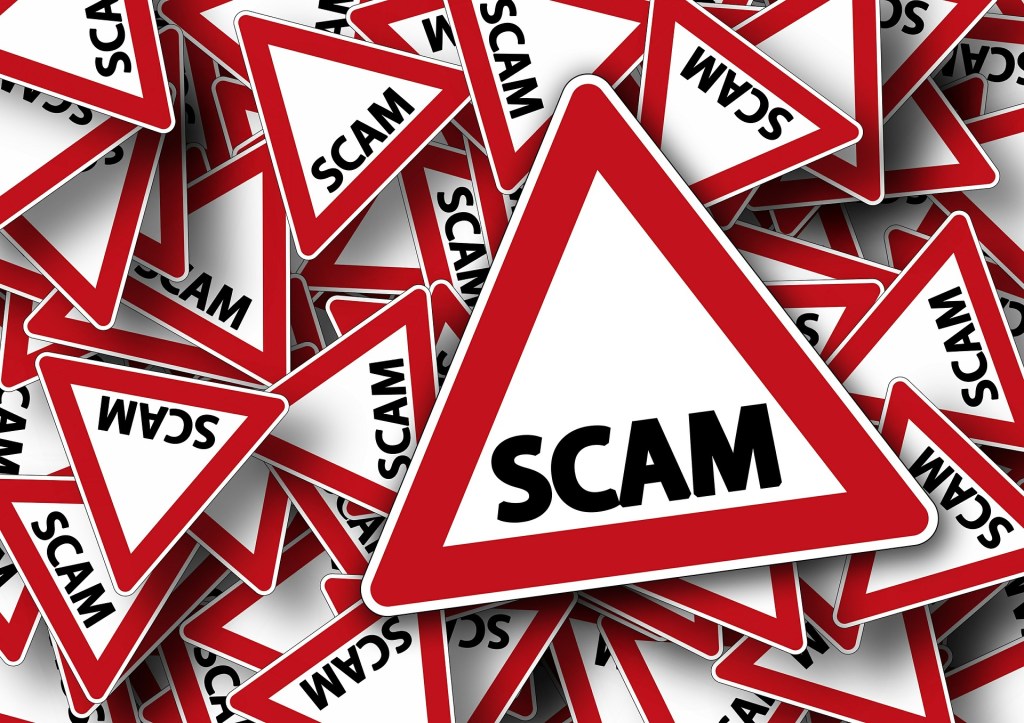 An oldy-but-a-goody is making its way back around — the vehicle warranty scam. The call comes from a local area code, even indicating the town you live in or one nearby, and first greets you with an urgent recording.

“If you don’t choose to stay on the line and speak to one of our representatives, your car warranty will be cancelled immediately …” Then the “representative” comes on the line, aggressively asking for the make, model and year of your car.

“It’s one of our more common and frequent scams. I don’t think it ever really died out,” says Kim Sweazy, director of operations for the Better Business Bureau of Central and Eastern Kentucky. She said if given the chance, the man on the other end of the phone will likely ask for your debit or credit card information.

A quick search of “Vehicle Services Department,” the company the caller said he represented, came up with plenty of scam alerts; the “website” is a picture of a man working on a car and a link “for more information” that went nowhere.

Sweazy says while most call them extended warranties, “legally, they’re considered service contracts — a promise to pay for repairs.” And oftentimes, these service contracts sound too good to be true, which is when consumers must take time to do their homework before purchasing.

There are many “companies” who attempt to sell extended warranties by fraudulently representing car manufacturers, which is why they pretend to have the victim’s warranty information. These same companies are infamous for selling warranties and refusing to reimburse for the repairs they say they cover.

The common practice with scams like these, Sweazy says, are to lead the victim to believe their warranty is about to expire and pressure them to act immediately.

“Consumers can protect themselves from these types of calls by not answering calls from unknown numbers, even if it appears to be a local call,” Sweazy says. “They are probably using spoofing technology to mask their true identity.”

But, she says if a consumer does answer a spoofed call, they should hang up immediately.

“They should not try to speak to someone, or push a button to be ‘removed from the list,’ because it validates the recipient’s phone number, and will increase the likelihood of them receiving future scam calls.”

“It just makes you so mad, especially with elders. It’s like they’re being held hostage when someone calls them like that,” says Gerina Whethers. She heads up the Office of Senior Protection and Mediation, a branch of the AG office.

Aside from there always being an expiration date and urgency involved, another red flag for folks to stop and think about is the fact they’re seeking you out, Whethers says.

“If you take a deep breath and step back from it, you’ll realize the red flags. If they’ve reached out to you — contacting you via phone, email or snail mail — but can’t give you any information, that’s a telltale sign,” she says.

Aside from the “injured grandchild who needs your help in a foreign country or in another state” scam, the car warranty issue is still a big one.

“They’ve gotten more sophisticated about it. They’re also sending out letters indicating car warranties are expired,” Whethers says, also appearing to look as if they’ve come from a car manufacturer.

Over the phone, these types of scammers will remain very polite and friendly, attempting to get as much information as they can from victims.

“They’ll talk to you to find out what’s important to you; if they can’t sell you one thing, they’ll call you back later about something else,” she says. Social media can also aid them in finding out more about their victims, enabling them to even use family members’ names.

“They want you to make an emotional decision, make sure there’s an urgency to it. If you don’t do it today, this is what’s going to happen.”

Many are confused why they receive these calls when they have put themselves on the AG’s “do not call” list, Whethers says — but that filter only works with legitimate businesses.

The best thing people can do is make sure they notify the appropriate agencies.

“The scam alerts help,” Whethers says, referring to a service through the AG’s office. By texting “KYOAG Scam” to GOV311, consumers can be notified when “nerve cells” are reported.

“The Federal Trade Commission would also like to hear about those. It helps them to pull things together and see a pattern.”

Whethers says consumers should never pay anything over the phone unless they know who they are talking to.

“Please hang up and check the company out first.”