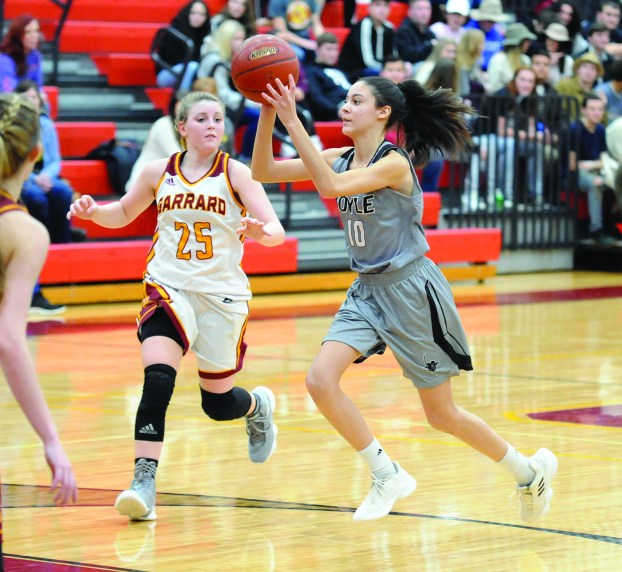 “I thought we had a pretty good gameplan going in, I thought we executed it pretty well,” Boyle head coach Greg Edwards said. “We made shots, that’s always key. Everybody that we played did positive stuff. That’s always something that you want to establish, get everyone feeling good going into districts.”

The Rebels led by 23 at halftime, but a 21-point fourth quarter for Garrard helped the hosts trim Boyle’s lead to 10 with two minutes remaining.

“We had a few lulls, committed fouls and that slowed the game down a little bit and we had to make adjustments to our press,” Edwards said. “But I thought overall, we played about as well as we could play.”

Boyle’s win is the first district game of the season for both teams. The Rebels will host Danville on Tuesday before visiting Lincoln County next Friday.

“Starting in January, we know the games are tough,” Edwards said. “They’re all tough. Any time you can be 1-0 in districts, that’s what you shoot for. We’ve got some tough ones coming up. We played well today, we’ll see how we stack up next week.”

LANCASTER — Another hurdle has been cleared for Garrard County basketball. The Golden Lions survived against Boyle County in the... read more