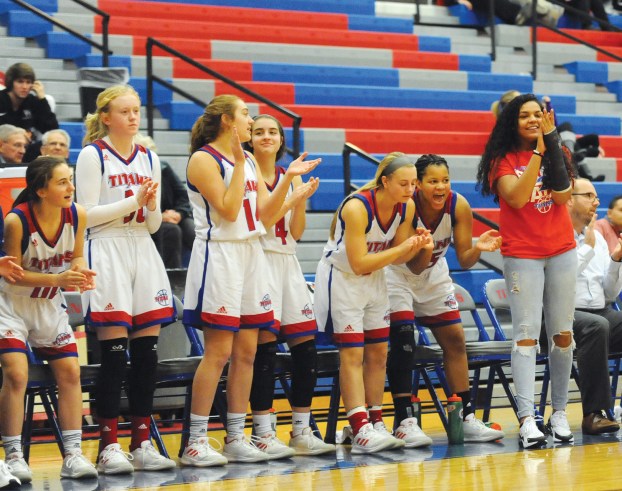 No one knows that better than the Mercer County girls basketball team, winners of the last two state titles.

This year, the Titans are hoping that defense will take them to another title — the 2A Classic. Mercer topped Western Hills 71-44 on Monday in its first 2A Classic game thanks to a stifling defensive effort.

“It’s all about energy with this group, and I’ve tried to explain to them that when our defense can become our offense, we’re so much of a better team,” head coach Hayley Spivey said. “That comes from energy, effort and intensity right from the tip. It’s almost like it takes them a little bit to get into it, I know that’s sometimes part of the process. But hopefully by February we’ll be right from the tip. We’re just working toward that.”

The Titans fell to 2nd Region favorite Webster County over the weekend 51-37, a game where Spivey said she laid into her team at halftime.

After a sluggish start to Monday’s game against Western Hills, Spivey used a different team talk at halftime.

“I took a little bit of a different approach, on Saturday I went off at halftime,” she said. “So I thought, ‘well, I’ll try to be nice this time.’ I just told them, I said we’re not playing to our ability. It’s simple things. We’ve got to have energy this half. I was just real blunt with them, wasn’t anything crazy. I think they realized that they weren’t playing to their ability. They were ready to go in the second half.”

Mercer led 30-21 at halftime and more than doubled that score in the third quarter alone, taking a 65-32 lead into the fourth quarter.

“It was good, I was real frustrated after our loss Saturday,” Spivey said. “We are playing good competition and I didn’t want them to feed off of that loss, I wanted them to come out. We didn’t have a great first half tonight but I thought they responded well in the second half and had a lot of energy.”

Toni McCombs led the way with 23 points, 13 coming in that third quarter. Camryn Preston scored 15 points and led the team with 13 at halftime. Calicia Smith scored 10 points and Timberlynn Yeast scored nine points for the Titans.

“That’s one thing we’ve been preaching, we’ve been playing competitive with these teams,” Spivey said. “Webster County is a good team, we held them to 51 points. I told them, it’s not our defense. We’re playing pretty good defense. But we’ve got to create offense out of that defense, and I think they were aggressive tonight in the passing lanes.”