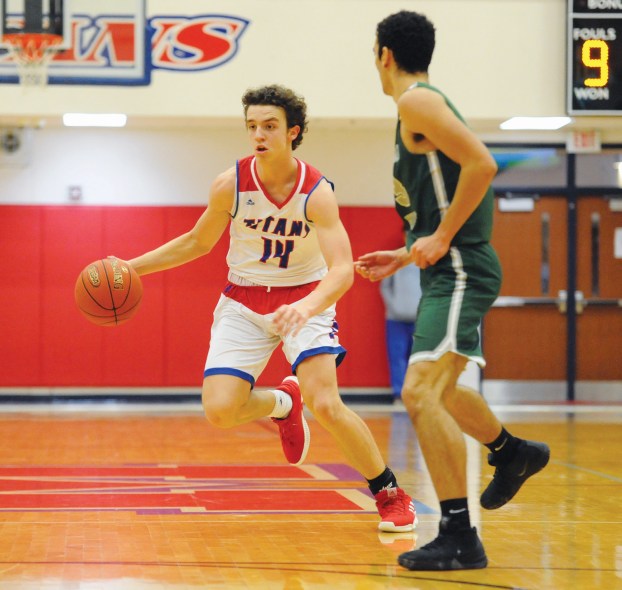 HARRODSBURG — Mercer County’s boys basketball team is heating up.
The Titans have won four straight games, improving their record to 9-7, after a 70-61 victory over Western Hills on Monday in the state 2A Classic.

Mercer consistently led by double figures before a furious rally from the Wolverines cut the Titans’ lead to three with 90 seconds left. But clutch free throws from Isaiah Smith, Carter Baughman and Kaelin Drakeford put the game away for the hosts.

“Carter made some big free throws. You want the ball in his hands late,” Mercer head coach Josh Hamlin said. “Of course, you feel comfortable with the ball in Jamisen (Lewis)’s hands, in Kaelin’s hands. We’re really lucky to have three good guards who can make free throws at all times. Carter has been working for this moment, he worked tirelessly in the offseason to be able to make those free throws that he’s been making. He’s been making them since sophomore year. We’re glad he’s on our team.”

Smith put two in when the lead was three points, helping the tmea to an 8-of-9 mark from the charity stripe in the final eight minutes.

“We got back from Adair County the other day, Isaiah played really well,” Hamlin said. “We get back, walk in the gym and he’s in here shooting. He had seven or eight rebounds, great hustle plays. He’s been putting in the work. If he gets the confidence he has in practice to translate to a game, he’s going to be a real weapon for us because he’s a really good shooter.”

Baughman hit four free throws in the final quarter and scored nine points in the fourth quarter, scoring a game-high 29 points. Drakeford was next on the team with 11.

“We probably would’ve liked more balanced scoring than what we had tonight, but it was one of those issues where they were sagging off in the paint which was making it hard for our drivers to get in there,” Hamlin said. “Then Carter, he can get hot in a hurry. He hit five threes and kind of spaced them out, when he gets hot we look for him. Their defensive gameplan, we thought we’d see more zone. But they had a good gameplan.”

Mercer led by eight points at halftime and nine points after three quarters. It was a 12-point game when the Wolverines made their run, connecting on five threes in the fourth quarter.

“It’s hard, I don’t care what anybody says, when a team makes eight threes on you and they make five in the fourth quarter alone, that’s going to keep a lot of people in ball games,” Hamlin said. “We routinely had it at 12-15, we just didn’t finish. That’s going to be our word going forward the rest of the year: Finish.

“We had East down 20 the other day, didn’t capitalize. Tonight, we had another opportunity to put a team away and we probably should have. But we’re learning about it, our guys are battling and we’re getting better each and every day.”

STANFORD – It was just one of six district games, and the first one at that, but Ed McKinney knew... read more