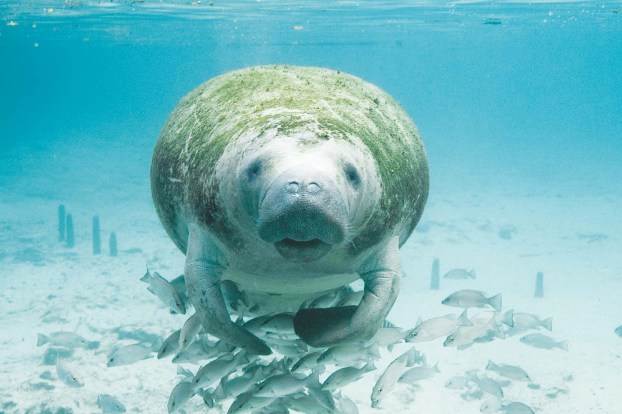 Amanda’s Animal Fact of the Week Manatees are most closely related to elephants and hyraxes.

There are a lot of different ways to tell what a country thinks is important. One of those ways that is very visible is what they put on their currency. Whatever a country puts on their money is something they value and love about their country.

Recently, Kenya has replaced images of presidents on their newly minted cash coins with images of famous wildlife. This is because in 2010, the country adopted a new constitution that says they will not print currency with portraits of people on them anymore. So, they needed to pick something else to put on their currency. And what better to put on there than the image of elephants, lions, rhinos and giraffes?

According to the Central Bank of Kenya, the choice of animals gives “physical expression to a newly reborn and prosperous” Kenya, and shows respect for the environment.

I think it’s a great way for Kenya to promote their wildlife and hopefully instill a sense of how important these wild animals are — not only to the people of Kenya, but to the world.

I’ve done some traveling and one of my favorite souvenirs is to bring back a little currency with me. A few small coins or bills can be a great reminder of your time spent in another country. It’s fun to look at the currency later and remember your trip. It’s also often less expensive than other kinds of souvenirs you might buy.

Of course, some of my favorite currencies are ones that have images of plants and animals native to that country. I think it’s a great way to promote your native species and show them respect. Costa Rica has beautiful banknotes. On one side is a portrait of an important Costa Rican figure, and the other side is a bit of nature from their country. Some of the things depicted on their currency include a deer, a sloth, a monkey and a shark. The Costa Rican 50,000-colones bill features a beautiful blue morpho butterfly and a cloud forest — a very important natural habitat in Costa Rica.

It’s important to honor the manmade history of your country, but it is also important to value natural history and your country’s natural areas. I think that Costa Rica does a great job of doing this on their currency.

What about here in the U.S? Our money does feature the U.S. seal, which has an eagle on it, but I think there are lots of other animals we could include, too. Cougars, raccoons, elk, manatees, bears, alligators, bison, moose and bobcats are just a few of the animals we can be proud of.

We have so many different ecosystems within the United States that there is no limit to the number of cool and fascinating animals we could honor and bring attention to with our money. Money doesn’t change often and the chances of us getting colorful banknotes with animals on them anytime soon isn’t great. But wouldn’t it be cool?

Christmas is just around the corner. I have recently rediscovered a fun children’s Christmas activity: throwing out “reindeer food” for... read more