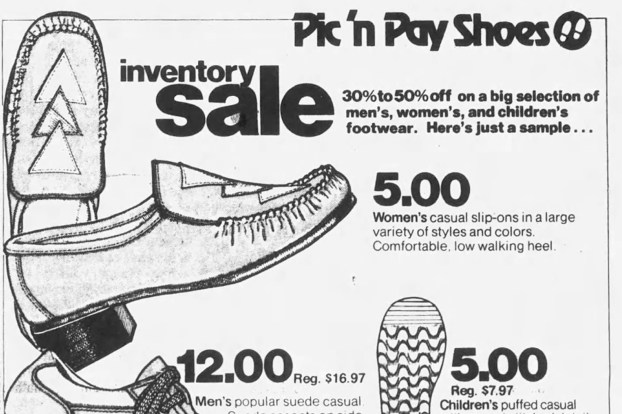 Clipping from The Advocate-Messenger - Newspapers.com

Pay raise requests for police and firefighters has been an issue discussed for decades in Danville city government.

Clipping from The Advocate-Messenger – Newspapers.com

Forty years ago on this day in 1979, Danville firemen were requesting salary increases and assistance with paying for health insurance during a regular city council meeting.

Assistant Fire Chief Russell Phillips was the spokesman for the 17 firefighters who attended the meeting, along with Fire Chief Hubert Preston.

Phillips pointed out that in past years, the police and fire pay ordinance had been equal. However, the hourly rate for fireman had become considerably lower than for police officers.

Mayor Roy Arnold stated that the state legislature “fouled up” the city’s ordinance. He suggested that the firefighters compile information they had gathered from surveying 15 other cities of similar size, and then have their representatives meet with him and City Manager Sam Garnett to discuss the matter of pay raises.

During the same meeting, Phillips said their survey of other cities’ fire departments showed that only one did not pay a portion or all of the cost of health insurance for their firemen, and that their coverage was better than in Danville.

At that time, Danville firefighters paid the entire cost of their health insurance, which Phillips called “quite inadequate.”

Just this past May during a city council meeting, members of Danville’s Police and Fire departments packed city hall and listened as 13 officers described why they felt the city wasn’t paying enough to retain good first responders.

Clipping from The Advocate-Messenger – Newspapers.com

A salary survey by the Kentucky League of Cities showed just how far Danville had fallen in paying its firefighters, said Gabe Heatherly, a battalion chief with the Danville Fire Department. He said they start new firefighters at $7.81 per hour, which was just 56 cents above minimum wage.

In other front-page news on this date in 1979, the Boyle Fiscal Court set a hearing on proposed changes to lot size in an Agricultural A1 zone from five acres to about one acre.

At this meeting, Gene Worthington, who was attending on behalf of the Chamber of Commerce, asked about all legislative bodies agreeing on a change. At that time, there was a joint planning-and-zoning setup, which included the county and all three cities.

Worthington asked if one city withdrew from the planning and zoning setup, whether it could have territorial jurisdiction within a five-mile radius.

County Attorney George McClure III answered that could only be done if there were no zoning regulations in the rest of the county and only with permission of the fiscal court.

Hepatitis A cases on the rise in Boyle

Since news broke Tuesday about a fast food worker being diagnosed with hepatitis A and customers being encouraged to get... read more