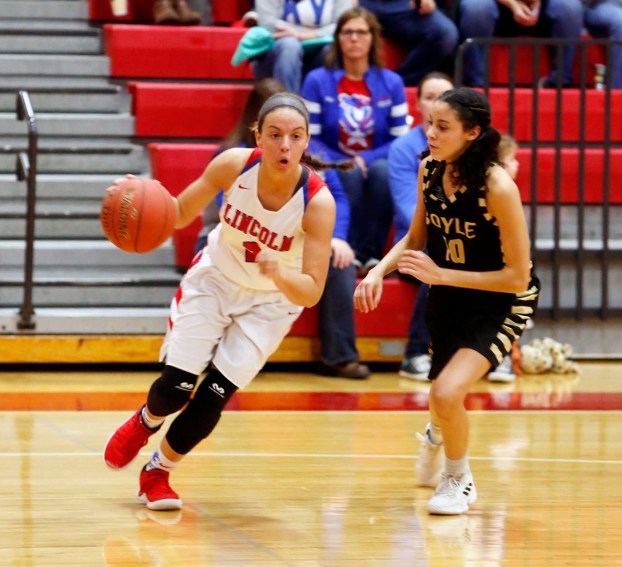 Lincoln (12-2, 2-0) took care of business against overmatched Boyle (5-8, 1-2), though it took a little time for the Lady Patriots to get to everything on their coach’s checklist.

The Lady Patriots made quick work of the Lady Rebels, scoring 23 points between their opponents’ first and second field goals of the game. They led 30-5 late in the first half and held Boyle without a basket in the second.

Still, Lincoln coach Cassandra McWhorter had some things to say to her players at halftime about what they weren’t doing.

“The focus going into this game was just play the way that we play basketball, and actually at halftime I was getting on them a little bit,” McWhorter said. “We were up 25 points, and I’m still getting on to them because I thought there were things we could still do better defensively, we didn’t move the ball on offense the way that we’re capable of. There were still things I knew we were better at than what we were showing, and I tried to challenge them in the second half to go out and make sure we were doing the things that we need to do well.”

McWhorter said she got the desired results in the second half, and she also got valuable minutes for young players such as Haleigh Ellison, who made her first varsity appearance and scored on her very first shot.

“Those are important minutes for those kids coming off the bench to help them grow and get that varsity experience and to groom them for next year,” she said.

The Lady Patriots shot 58 percent from the field.

Alyssa Wray scored four points to lead Boyle, which was 0 for 19 from the field in the second half and 3 for 34 overall, including 0 for 18 from 3-point range.

STANFORD — It was perhaps the start of a new season for the Boyle County boys, while it was more... read more