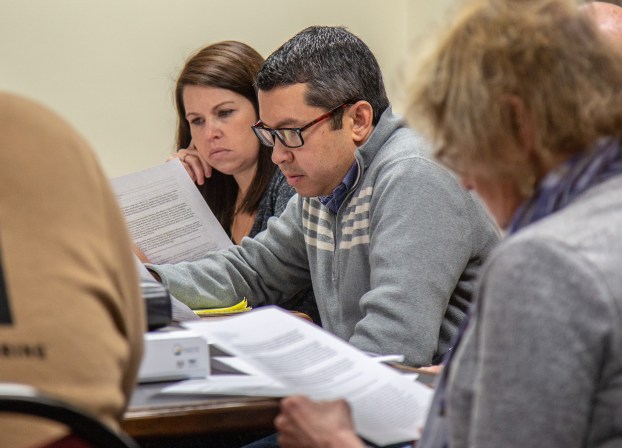 New Boyle County Attorney Chris Herron says he has applied for a $15,000 grant for a “rocket docket” program in Boyle County.

The county has previously had a rocket docket program, but Herron said he doesn’t believe the county reapplied for funding in 2018. Now, he hopes to land a new rocket docket grant from the Prosecutors Advisory Council in 2019.

Herron said he got the application in on the last day before the window closed — Friday, Jan. 11. He had taken office the Monday before, so he had to act swiftly. Before he filed the application, he said he met with Circuit Court Judge Darren Peckler and Commonwealth’s Attorney Richie Bottoms because “there was no use applying” if Peckler wasn’t interested in using the program.

Herron said the meeting went well and Peckler gave him enough positive feedback that he filed the application. He doesn’t yet know when he might hear if Boyle County will receive the funding.

Even if Boyle doesn’t get the grant, however, Herron said he would like to implement a more limited rocket docket program. The $15,000 grant would pay for extra hours of work by the county attorney’s staff to process the additional paperwork.

Rocket docket programs are intended to speed up criminal case processing by allowing defendants to plead guilty more quickly and resolve cases, potentially lightening caseloads on the judicial system. Herron said his rocket docket program would specifically target drug-related cases in hopes of moving defendants out of the criminal justice system and into treatment as quickly as possible.

The rocket docket program could potentially cut what is currently a “three-or four-month process” for a drug case down to a matter of weeks, Herron said.

Once someone in the program bypassed grand jury indictment and pleaded guilty, they would hopefully be offered diversion by entering a drug treatment program, Herron said. Once they completed drug treatment, they could be released under terms often called “five for five” — they would have “five years in prison hanging over their heads” for five years, an incentive not to return to drugs or crime, Herron said.

If a participant makes it all five years, they could have the charge against them dismissed.

Herron said he hopes as many as 50-75 people could utilize the program every year.

Boyle County last launched a rocket docket program in the fall of 2017. The county received a $15,000 grant at that time, as well, according to news archives.

Then-Boyle County Attorney Lynne Dean, whom Herron defeated in November’s general election, said at the time she had received “the OK” from Peckler to implement the program.

Dean said the rocket docket program would “start small and (we’ll) see how it goes,” but she was optimistic because “(District) Judge (Jeff) Dotson and Judge Peckler are both willing to participate in that program, which is a huge deal.”

Dean said she hoped her rocket docket program could help speed up as many as 120 cases a year.

According to a recently completed study of the local criminal justice system and jail, the rocket docket program “was intended to expedite the adjudicatory process for certain cases.” But after the program was created in the fall of 2017, Peckler signed an order requiring bench warrants with no bond for all individuals who are selected for the rocket docket program.

“As a result, the rocket docket has been very minimally utilized,” the report states. “Interviews of attorneys in Boyle County found that they discourage their clients from pursuing the rocket docket options.”

Earl Coffey has had his fair share of complaints about the “water rate” increase. As municipal utility engineer for the... read more