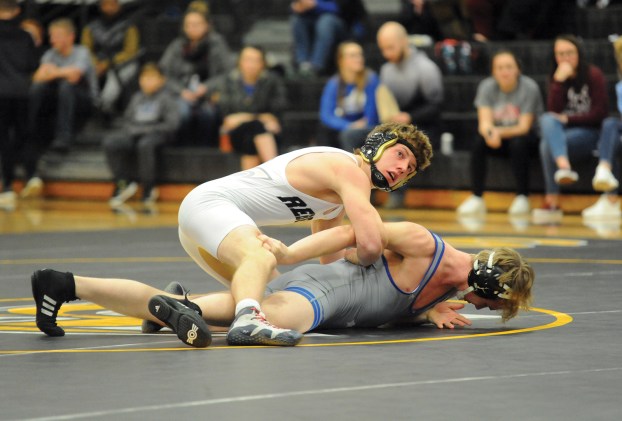 Any time Boyle County and Danville get together, it’ll be a battle.

Wednesday was no different on the mats, as the Rebels came out on top in a dual against Danville 38-29.

The Rebels earned four pins — Jordan Bates, Evan Wheeler, Collin McGlone and Benjamin Rush — in the victory. It was senior night for Boyle’s Bates, McGlone and Clay Karsner, all of whom came away with a victory. Karsner won 8-1.

Danville’s pins didn’t come until the final two weight classes, when Spencer Updike and Pierce Haines each pinned their opponent.

“We wrestled OK. Most of the matches went about the way we thought they would,” Danville head coach Joey Sallee said. “They’ve got some tough kids, coach Lucas has done a good job. It was 38-29, it was competitive. I think we had all of the weight classes filled, between the two teams maybe we were missing one kid. That’s good, it’s no fun to go somewhere and say ‘you get six, you get six’ because you’re giving up forfeits.”

There was a good crowd for the event, and it was a reminder to Sallee that wrestling can thrive in central Kentucky.

“It’s good for wrestling in this area,” he said. “I just wish we had more schools that would do this, it’d be great to see Mercer, Garrard, Lincoln, Casey. This is such a good sport for all kinds of kids. It’s not an easy sport, but it’s definitely something I think everybody in this area would benefit from having.”

Lucas agreed, saying that the strength of the Boyle and Danville programs comes from the support they’ve received.

“Where I grew up, we had this every Wednesday night and we’d have four or five teams that would dual,” Lucas said. “It was amazing, I love the crowd, I love the atmosphere. I got chills just coaching the guys, I wish I could suit up and wrestle, show them what I still got. It’s fun though, both teams did a great job. I really appreciate the support from the families for a sport that is kind of swept under the rug in a lot of places. But it’s not swept under the rug at Danville or Boyle.”

Danville grinds out victory over Somerset