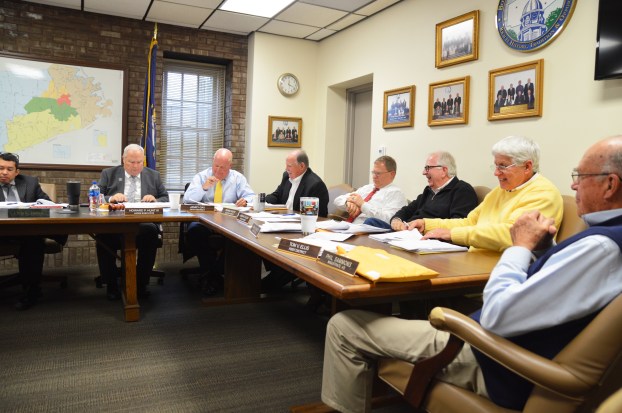 All the questions officials had leftover from Friday’s Boyle Mercer Joint Jail Committee about who would and wouldn’t vote for a 50-cent raise for jail employees were answered Tuesday. As Boyle Fiscal Court heard Jailer Brian Wofford’s proposal for the raise, he gave them some surprising news.

“Well, I’ve have to say, that’s — a little bit surprising,” Judge-Executive Howard Hunt said cheerfully, as others joined in to comment.

Friday, Mercer County Attorney Ted Dean voted against the motion during the joint jail committee meeting because of his concerns over changing Mercer’s budget in the middle of its fiscal year. He said that’s just the way they do things; they set the salaries, then don’t consider raises “mid-stream.” He guessed Mercer County magistrates would feel the same way.

Mercer Judge-Executive Milward Dedman said he would vote for it on Friday, “just because it is a crisis” and to get it in front of his court. He added he had no idea how they’d vote.

Boyle Fiscal Court unanimously voted back in November to give jail employees $1 more an hour, a motion brought to the floor by former Magistrate Jack Hendricks. After much discussion over whether Boyle was legally allowed to make the move without talking to Mercer, the motion still passed but was contingent upon Mercer voting on the raises, as well.

Hendricks was emphatic about getting the motion on the books before he left the court, so they could at least get the ball rolling on the topic.

Tuesday, Jailer Wofford told the court he presented a compromise to the Joint Jail Committee, with the help of Treasurer Mary Conley, who prepared a new set of numbers reflecting the cost.

“These numbers are half of what you were looking at before,” Conley said, referring to the difference between the 50-cent raise and $1. She passed out the new breakdown, which brought more cheer from magistrates — the estimated cost was whittled down to $30,283.57 for the rest of the fiscal year.

The previous estimate heard by the Joint Jail Committee was around $60,000.

“I know this is unusual because it’s not budget time,” Wofford said, and added he’s not asking the court for extra money. “I’m wanting to use the money that’s already in a line item that’s not going to be used because we have not been fully staffed.”

Wofford said the jail has 40 positions, but always runs about two deputies short. He said the reason he wants the raises, No. 1, is because the staff deserves it because they have a very difficult job.

“So, we’re paying for the staff to come in and be trained for 80 hours, providing a uniform, a 24-hour training through the state, which is required. We’re incurring that expense, but as soon as Northpoint starts a new class, they hire them and we’re losing them,” Wofford said. He said there are several employees who have been there for a decade or longer who are still not making what they should.

Magistrate Jamey Gay said the finance committee did have a discussion in its last meeting, based on the $1 raise numbers, and that it would be moved on in the budget process.

Wofford said the 50-cent raise now is a compromise he wanted to make with the Joint Jail Committee, and that it needed to be done immediately in hopes of not losing anymore employees.

Gay said he “made the point the other day that I’m a big believer that you’ve got to stay in the budget process with budget items.” He was referring to the proposal by Hunt to create a $40,000 salaried deputy judge-executive position, which didn’t make it out of the finance committee.

“But I appreciate the points you’re making, that this money is already budgeted,” he said. 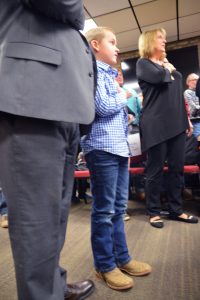 Magistrate Jason Cullen asked Wofford how long he’d been understaffed at the jail; Wofford said for at least six years.

“While you’re asking to utilize money that’s already there, you’ve given money back year over year because you’ve been understaffed, while still doing the same job you do,” Cullen said. He said it was important to note the detention center is “understaffed and still keeping us out of harm’s way, out of trouble, and they’re doing a great job.”

Cullen said that’s an incredibly hard task. “I can’t imagine doing that for six years. Hopefully, during budget time we’ll look at bringing you back up to $1.”

The new costs reflect salaries plus overtime for 12-hour shifts, as well as Social Security and retirement contributions. Under the 73/27 split agreement, Boyle will be responsible for $22,107 of the raise cost through the rest of the fiscal year, which ends in June, while Mercer will pay $8,176.

The raise only effects full-time employees.

Magistrate Phil Sammons said he would like the court, in the future, to do a county-wide study of what employees make because there seemed to be too many pay discrepancies. “I think we’ve got a job to do, and I’m all for this, but I think we need to consider the whole county because we’ve got some departments that are really low.”

Gay said that’s what can be done during the full budget process.

“One of the things we discussed in finance committee, and I think it needs to be done across the board, to make sure we’re in the 75th quartile of market rate for all our positions … It gives you a chance to attract and retain the best employees,” Gay said.

Magistrate John Caywood reminded the court that “everything we’ve talked about has been on the expense side,” and said they will need to talk revenue, as well. “It’s easy to spend but difficult to bring in.”

Gay said the committee did discuss it. “We know the revenues are declining and the expenses are increasing.”

A possible payroll tax cap, how to battle the drug epidemic and legalization of marijuana were just a few of... read more