Danvillian appointed to EKU Board of Regents

The Kentucky Governor’s Office appointed Lynn Taylor Tye of Danville as a new member of the EKU Board of Regents on Jan. 11.

As of The Progress print deadline on Jan. 16, EKU had not officially announced the new appointment; however, Kristi Middleton, chief external affairs officer for EKU, confirmed the information to The Progress by emailing a copy of the executive order, signed by Gov. Matt Bevin and Secretary of State Alison Lundergan Grimes, appointing Tye. 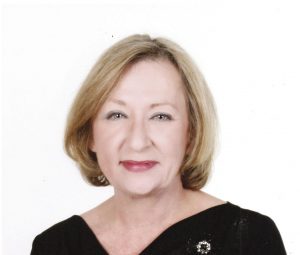 Tye, a 1977 alumna of EKU, owns Blue Moon Insurance Agency in Danville. She currently serves on the Danville-Boyle County Chamber of Commerce Board of Directors. She is also a member of the Steering Committee for Leadership Boyle County, Tye said in an email.

At the board’s Jan. 9 meeting, members elected Lewis Diaz as chair. That meeting was Craig Turner’s final meeting as chair and member of the board. Turner was named chair emeritus in a resolution in recognition issued by the board.

Turner’s term with the board expired, according to the executive order issued by the Kentucky Secretary of State.

The board sent a message on behalf of Chair Diaz on Jan. 15 outlining his goals for the university. His four major goals are  academic and operational excellence, institutional research and student success, faculty and staff innovation and university development.

Diaz is an EKU alumnus who graduated with an undergraduate degree in 2000 and a master’s degree in 2002. He is “EKU’s first minority Board of Regents Chair,” according to a Jan. 9 press release from the EKU Office of Communications and Brand Management.