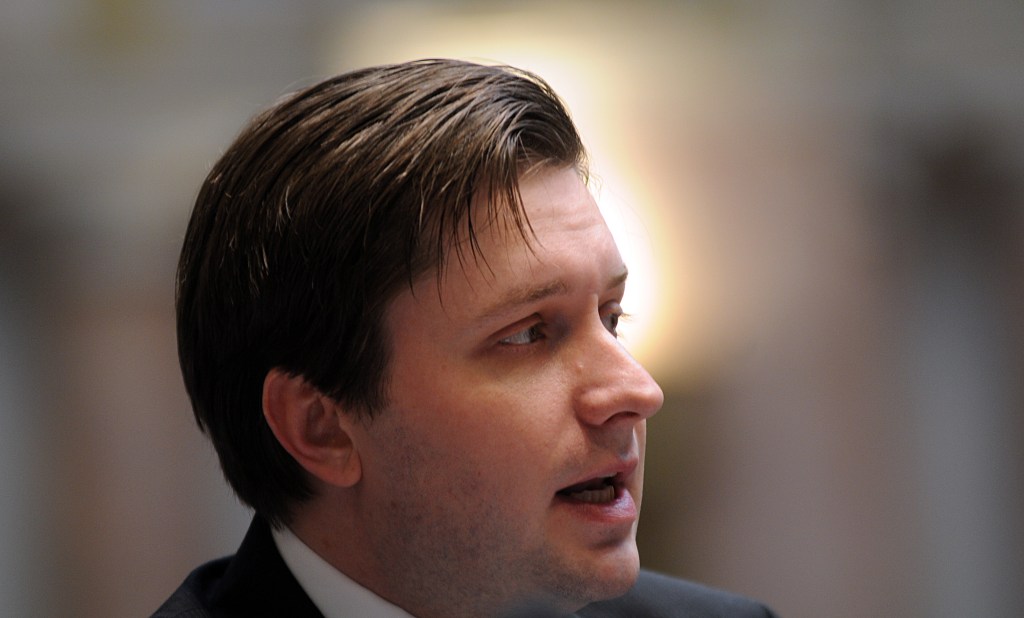 By BEN KLEPPINGER and BOBBIE CURD

Rep. Daniel Elliott says when the expansion of the sales tax was passed last year, it was not his intent to include charitable organizations. He’s now sponsoring House Bill 78, an attempt to exempt non-profit animal welfare organizations from sales and use tax on things like pet adoption fees and certain vet services.

The non-profits only began paying the sales tax last year, after the legislature, including Elliott (R-Danville), passed a law expanding the state’s sales tax to many services that had never been taxed before.

“That was an interpretation by the Revenue Cabinet of the bill that it would also have to apply to charities as well,” he said. So Elliott drafted HB 78 for this year’s short session.

“It’s important to me because we have a lot of abandoned animals across the state and when people go to adopt them, I definitely would not want to defer an adoption based on a sales tax being charged,” he said.

“You pay for animal control, which is a county-funded service. Then you’re taxing them, again, when they’re adopted,” Ramsey said. “It’s like double-taxation when you think about it, in regards to the adoption fees.”

DBCHS makes no money on its adoption fees, either. The shelter subsidizes what it does with grants and donations.

“Statewide, I think a lot of humane societies have reached out to legislators,” she said. 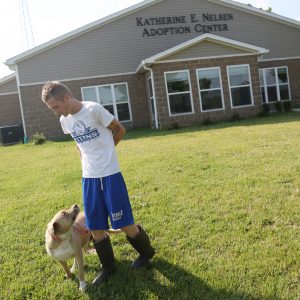 Elliott added that the 6-percent tax may not deter many, “but I just don’t think that we need to have that barrier there. We don’t even need to have the appearance of it.”

People are still adopting animals, but the internal procedures had to be changed quite a bit at the humane society in light of the new requirement to collect sales tax.

“We’ve had to shuffle more money around between our programs … We’re fortunate to have Barb Beaney, who researches and understands things like that,” Ramsey said. Beaney, who is treasurer of the DBCHS board, has since retired from working at the humane society, but is now volunteering her time to help take care of paying the tax.

“It’s definitely created more time on Barb’s part. But we are so, so very fortunate to have dedicated volunteers like her, who make this place continue to function,” Ramsey said.

Further, the sales tax expansion even hits things like spaying and neutering services at places like Happy Paws in Boyle County, which helps low-income people get their pets fixed.

“I definitely don’t think the state should charge low-income persons a sales tax on what is already difficult and expensive for them to be able to afford,” Elliott said.

As volunteer director for Happy Paws, Katie Turbyfill sees this issue constantly. The clinic just surpassed 14,000 surgeries in the 11 years it’s been open.

“We’re having to charge low-income people tax on things like a rabies vaccination. That’s not a luxury — it’s a necessity,” she said. She guesstimates that 90 percent of the people who come in have never had their pets vaccinated before.

“And they’re trying to get animals spayed and neutered, so puppies and kittens aren’t all over the place, and the extra tax isn’t helping. Kentucky is already the worst place for animal welfare, so let’s make it worse,” Turbyfill said is how the tax makes her feel. She doesn’t think lawmakers thought out the legislation very well, and that fewer people are going to regular veterinarians as a result. Vets also now have to charge the sales tax.

Turbyfill said to put it into perspective, they have many clients who go out into the community and gather up cats to bring in for spaying and neutering services.

“We have a lady who did a whole trailer park, brought them all in to get them fixed,” she said. Another clients picks up many cats from around Lincoln County schools. “She’s actually a cancer patient. She would go gather them up, drop them off for surgery, go have chemotherapy and then come back and get them. She’s saved a lot of cats.”

The sales tax, if not reversed, could have an effect on rescuers in these situations, she said.

They have clients coming in from all over, too — a lot from Stanford and Lancaster, and even beyond Turbyfill said. “We have people who come in from Somerset and down on the border of Tennessee.”

Elliott is also a co-sponsor on House Bill 28, a broader sales-tax exemption bill that similarly aims to repeal some of the expansions put in place last year.

HB 28, listed as an “emergency” bill, would exempt the sale of admissions by nonprofit educational, charitable or religious institutions. It would also exempt charities from paying property taxes on property owned by a “purely public charity when the property and income are used to further the purely public charity’s mission.”

Elliott said he would like to see his bill concerning animal-welfare groups combined with HB 28.

“I think that would be the best way to approach it. But I don’t know. That will be up to the primary sponsor, who is the Speaker of the House (David Osborne),” Elliott said. “I do think that House Bill 28 will pass both chambers and will become law.”

Elliott said he couldn’t estimate how much sales tax revenue the state brought in and stands to now lose from repealing parts of the expansion.

“Logically, there would be a loss of state revenue,” he said. “But how large? I couldn’t speculate.”