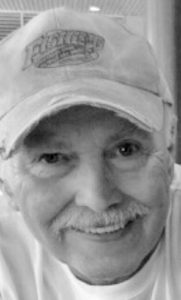 Most of Larry’s 30 year career in the FBI was spent in the NYC Office’s Bombing Investigation Squad and the agency’s original Joint Terrorism Task Force. After only a few years after graduating the FBI academy, he was the recipient of the Attorney General’s Award for Excellence in law enforcement. In 1990, he transferred to the Buffalo, New York office where he assisted with the setup and became coordinator of the Fugitive/Gang Task Force. He retired from the FBI in 2003.

Larry was the owner and editor of the website “Faded Glory” where he dedicated countless hours researching and publishing articles as a tribute to the FBI agents of the 1930s. Larry enjoyed spending his free time fly fishing and working on and driving his 1966 Chevy muscle car.

He was preceded in death by a brother, John Gordon Wack.

Memorial services will be held 1 p.m. Saturday, Jan. 19, 2019, at the Ransdell Funeral Chapel, Harrodsburg, by Everett Priddy. A gathering of friends and family will begin at noon Saturday.