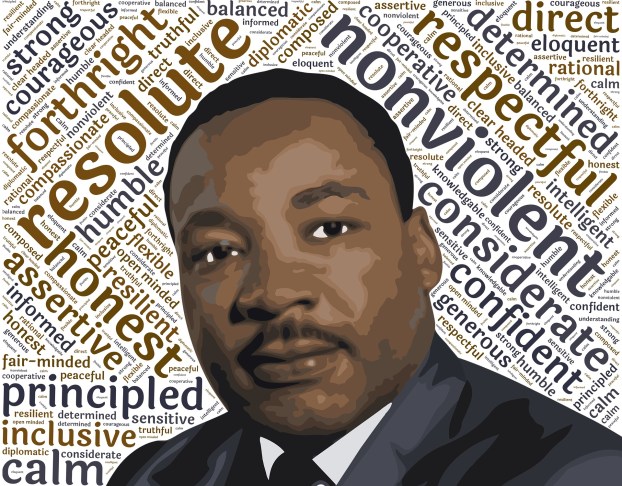 Gospel singing will begin at 12:30 p.m., a commemorative march (weather permitting) will start at 1:15 p.m. and the Rev. Barry Bowman, pastor of St. Paul Predestinarian Baptist Church, Lancaster, will be the guest speaker at 2 p.m.

Bowman was born to the late Shirley Bowman Sleet in Burgin. He is a graduate of Henry Clay High School in Lexington and attended Simmons University Bible College in Louisville. Bowman is married to the former Linda S. Tompkins and they have four children: Kenda, Jordan, Barry Jr. and Parris.

He is presently the pastor of the Saint Paul Predestinarian Baptist Church, Lancaster, where he has served since 1993. Bowman is a former logistics manager at Quest Diagnostics Clinical Laboratories of Kentucky. He is currently employed as a youth counselor at the Kentucky United Methodist Home for Children and Youth in Versailles.

Bowman was licensed to preach the gospel in 1979 and ordained for the gospel ministry in 1980. He served as an associate minister at the Little Zion Baptist Church in Burgin, under the pastorate of the late Rev. M. M. Johnson.

He is the former pastor of the Pleasant Valley Baptist Church in Garrard County. He is also a 1992 recipient of the YMCA Black Achievers Award. Bowman is also the vice moderator of the Tates Creek Predestinarian Baptist Association in Kentucky, were he also served as Dean of Religious Education for many years.

Father Norman Fischer, who is a graduate of Boyle County High School and Centre College, will reflect on the life and legacy of King during the college’s annual convocation at 7 p.m. Monday. The event will be held in Newlin Hall at Norton Center for the Arts. The free event is open to the public.

Fischer graduated from Boyle County High School, graduated from Centre in 1995 and received his Masters of Divinity from the University of St. Mary of the Lake. He serves on the St. Joseph Foundation Board and was awarded Camp Horsin’ Around’s “Amazing 8” award in 2016. In addition, Fischer was nominated for the Red Cross Hero of the Year award in 2015.

Boyle County and Danville Independent school districts will be closed. The U.S. Postal Service will not deliver mail.

Small businesses are the bread and butter of economic development for Boyle County, according to the final “project funnel report”... read more