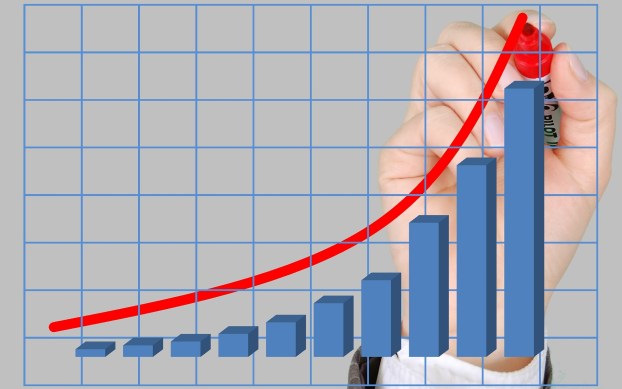 Magistrate claims there is ‘recourse’ to utility hikes

A Boyle County magistrate says he has records that prove the cities of Perryville and Junction City do have the ability to challenge recent increases from the City of Danville on customers’ water and sewer bills.

“We’ve examined over 50 pages of records that truly indicate we do have recourse on those extraordinary high bills,” Magistrate Tom Ellis said Tuesday during the fiscal court meeting.

Ellis referred to a recent article — about how Earl Coffey, Danville’s municipal utility engineer, planned on meeting with newly-elected officials to dispel misinformation spread about the increases. Ellis said it gave “the appearance there’s limited if any recourse to the 80- to 86-percent increases — I’ll call it a tax — that’s being imposed.”

Ellis provided an email that will be sent to Coffey, signed off on by himself, Magistrate Ron Short, Junction Mayor Jim Douglas and Brian Caldwell, mayor of Perryville. It requests that rather than meeting with elected officials, two public meetings should be held, one each in Junction and Perryville.

“Publicly reviewing precise details of these parallel contracts, along with records of all negotiations leading up to them and the minutes taken, will be the only fair and appropriate way to thoroughly examine everything culminating in these recent water/sewer cumbersome rate hikes,” the email reads.

Ellis said after Coffey responds “to a number of issues” in the letter, they can then work on scheduling a public meeting.

Danville acquired Perryville and Junction City’s utilities years ago. Aside from the regular cost of living rate increases, there is a surcharge added to those customers’ bills for delivery outside of Danville city limits. Both Junction and Perryville had debts left to pay for their systems when Danville acquired them. Danville is not legally allowed to pay off those debts with Danville taxpayers’ money.

In the email, Ellis asks Coffey to provide “the details of your suggestion that Danville cannot legally absorb debts incurred” when it purchased the two water and sewer systems.

“In addition, please provide clear evidence that the prospect of increases … was fully disclosed and understood by all parties to these contracts, then duly recorded minutes contained in Danville’s files,” the letter reads.

“He needs to talk to the city commission directly about this,” Coffey said via phone Tuesday after being informed of Ellis’ comments and letter. “He doesn’t have any standing to direct city staff on what we need to do or what we need to provide to him. My suggestion to him is to set up an appointment with the city manager (Ron Scott).”

Coffey said the debt affiliated with Perryville must be paid for by the users of the system.

“We can’t take revenue from a different customer class and subsidize a secondary class — Especially when they weren’t the ones who incurred the costs,” he said. “It’s a cost-to-serve rate basis.”

After the meeting, Ellis also said he had a copy of a letter, signed by Coffey and dated 2002, that “says something to the effect that (the water customers in Perryville) will not see significant increases, even on the combined bill.”

Coffey said, “Anything I’d have written then would’ve been about the dialogue at the time. That probably wasn’t written to be applicable to 17 years later. Certainly what I would have said is not binding. The only document that’s relative is the asset purchase agreement, the document the Danville City Commission would’ve authorized a signature on, and that Perryville would’ve also agreed to at the time the transaction occurred.”

Ellis said after the meeting Tuesday he felt there were two areas of “legal recourse” that can be taken.

“No. 1, Richard Campbell testified several years ago before the contract was signed, that there was a 1981 Kentucky Supreme Court decision regarding significant increases of this nature,” Ellis said. “He was conjecturing during a meeting of the Perryville City Council … that the decision could come into play if significant rate increases were being realized by Danville city government for the sewer tax being imposed.”

Campbell, who is a former Boyle County attorney, said he doesn’t recall that. He was special counsel for Perryville regarding the sale of their water system, which was between Danville and Lake Village water. Perryville’s city attorney at the time was also counsel for Lake Village, so he was brought in to represent the city. He said maybe there was a case he made them aware of for informational purposes, he’s not sure.

“But what I do recall is that I actually warned them, here’s the problem — if you go with the City of Danville, then they’re going to be governed by the city commission, they’re going to set the rates. You certainly can go to a (Danville) City Commission meeting and tell them what you think, but they have no obligation. You’re not electing them … You can’t vote them out if they don’t do what you ask them to,” Campbell said. He said Lake Village offered Perryville a seat on its board for 10 years, then after that, there would be an opportunity for water users to elect someone.

Ellis said the second proof of legal recourse is that the attorney general’s office has a special department that “specifically, on behalf on the public, goes after significant increases in utility rates.” He said a statute passed in 2008 allowed for “$1.6 billion in rates to be recouped or forgiven, determined by the attorney general to be out-of-line.”

Ellis was referring to the Office of Rate Intervention, a branch of the Kentucky AG. The ORI serves as a watchdog for consumers on issues of health insurance, natural gas, water, sewer, electric and landline telephone rates. It is responsible for representing the interests of Kentucky consumers before the Public Service Commission.

Campbell said Danville is a municipality, which is different than a water district. “Municipal systems aren’t generally held accountable to the Public Service Commission,” he said.

Sometimes it’s hard to think about every possible impact your daily choices have on the environment. For example, you might... read more