On Jan. 18, 2019, Billy Rankin, VP of public programming and organizational strategy, provided Rotarians a better understanding of the largest National Historic Landmark in the state of Kentucky.

Shaker Village of Pleasant Hill has a history that reaches back for hundreds of years. Its 34 historic structures, all constructed by the Shakers, constitute the largest privately held collection of buildings from the 19th century in the United States. Over 2,000 people lived as Shakers at Pleasant Hill in the over 100 years that it existed. It wasn’t a moment stuck in time. It was a community through time. Practices evolved. They compromised. They changed.

Shaker communities were hierarchical and centralized, but operated as a democracy. Shakers were communal within the village, but were capitalistic outside of it. They were building and living in what were essentially mansions at a time and place when most people were living in simple cabins. At one point, they were making 70,000 brooms a year. Later, they dropped that industry because broom-making was no longer profitable. Today, the word Shaker is synonymous with high-quality craftsmanship. Shaker brooms and Shaker furniture are fine examples. 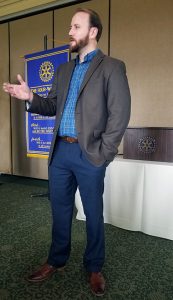 The Shakers’ history begins with their travels from Europe, as a small band seeking religious freedom. They settled in upstate New York, pooled their resources and gathered together to help them survive. It also allowed them to build the utopian society they envisioned. Their basic belief system was that God was male and female, mother and father, and that the Christ spirit came through Jesus as a man. The Second Coming was thought to be through a woman. An early leader named Ann Lee embodied that spirit.

When Shakers began to settle and establish their villages, they had great success in recruiting others. There were 11 villages established across New England by 1800. Based on that success, their leaders sought to expand in Kentucky, where they were able to grow in population by recruiting families that brought their children to join the celibate community. Early settlers at Pleasant Hill numbered 44 members, but in less than 20 years that number grew to 500 people. All new members were issued the same items. Everyone was told where to live and was assigned a job to do.

Many of the large buildings at Pleasant Hill were built while the Village’s primary leader was Mother Lucy Smith. Her leadership came over one hundred years before women had the right to vote in our country. In 1812, the village leaders purchase a former slave and allowed her to live amongst them as an equal; she lived in the same bedrooms that they shared over 150 years before the civil rights movement.  They also accepted immigrants and migrants; their communities were a melting pot when most small towns were not.

The Civil War and the Industrial Revolution were among a number of factors that greatly changed society inside and outside the Shaker communities. Membership numbers began to decline. By 1910, there were only 12 shakers left at Pleasant Hill. The last Shaker that lived at Pleasant Hill was Sister Mary Settles. She was the only Shaker sister who lived in that village who actually got to vote in our country’s elections. She died in 1923 and Pleasant Hill later became known as Shakertown.

Individuals from Lexington, Danville and others in the area got together and, with support from the Bluegrass Trust, founded a non-profit organization to raise the necessary funds to purchase the property and began restoring the village. Millions of people have come to visit Shaker Village of Pleasant Hill since it opened its doors in 1968, and tens of thousands of people have been employed as accountants, farmers, historians, biologists and chefs. Today, there is great diversity among Shaker Village’s 160 staff members. The original interpretive model came from Colonial Williamsburg.

Several years ago, Pleasant Hill’s management realized that the operating model needed to be changed.  From a peak in 1988, visitation dropped steadily through the 1990s. Shaker Village partnered with Shaker scholars from four different universities: Hamilton College of New York, Berea College, Northern Kentucky University and the University of Richmond to develop a plan that focused on what steps were needed to create an incredible exhibit experience. The new business strategy is to work with “universal” themes, drawn from the Shaker communities, that are still relevant today. Mr. Rankin believes the business model is going to is going change the game for historic sites in our country.

The job of a dog groomer can sometimes be compared to that of a beautician, but it can be a... read more