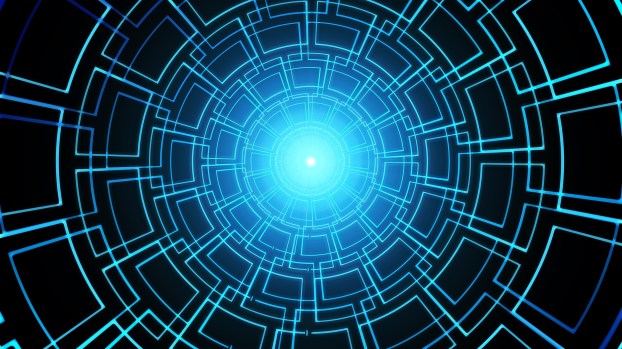 Artificial intelligence and the ongoing impacts of international tariff disputes are the two issues that could most affect the economy and jobs in the U.S. South. Those were two of the big takeaways from the sixth annual Southern Economic Development Roundtable held earlier this month, according to Jody Lassiter, president and CEO of Develop Danville.

This was the third year Lassiter was invited to participate in the roundtable, a major gathering of economic development professionals from the southern U.S. hosted by Southern Business & Development Magazine. The roundtable is held annually at WaterColor Inn & Resort in Santa Rosa Beach, Florida.

Lassiter said according to Mike Randle, publisher of SB&D Magazine, the number of economic development projects across the South has begun to fall off from a peak around 2015. In particular, “Chinese investment has just precipitously dropped,” he said.

Also worth noting, Lassiter added, is that for the first time, automotive projects were not at the top of the list for the South. According to the SB&D data, there were 74 deals in the “distribution” sector in 2017; 73 deals in the “food and beverage” sector; and 72 deals in the “automotive” sector. Financial services was fourth with 38 deals; aviation and aerospace was fifth with 35.

“The common-sense takeaway there is there is an impact from the tariff standoff between the United States and China,” Lassiter said. “… The concern is: Will this tariff situation continue to impact our economy in such a way that there will be reduced project activity? Will it have the reverse result of what President Trump has imagined — that there would be more manufacturing in the United States?”

Lassiter said roundtable attendees heard how the costs of tariffs on imports and exports is already affecting some businesses, such as BMW, which has a large base of operations in Greer, South Carolina, but may soon begin to look at trying to grow its business somewhere besides the U.S.

Lassiter said the U.S. tariff disputes with countries around the globe are also affecting local businesses in Boyle and surrounding counties.

Meggitt Aircraft Braking Systems is owned by an English company; Essity is owned by a Swedish company; Denyo is a Japanese company; and TransNav is now owned by a French company, he said. There are other regional manufacturers owned by foreign companies as well, such as LMI in Lincoln County and Hitachi in Mercer County.

“We have a great deal of Asian and European investment in our area,” he said. “We certainly would like to see them grow here, rather than to have those companies feel like they would be penalized by growing here because of the import-export situation.”

Lassiter said the global reach of the tariff disputes at this point means “there have been incremental impacts across the board.” One of the easiest to point to is the rising cost of aluminum and steel, which affects local manufacturers such as Hobart, he said.

He said smarter people than him have already pointed out that “there’s never been a good tariff war … and I certainly agree.”

Another big theme of the roundtable was the quickly advancing artificial intelligence revolution, Lassiter said. Data shared at the roundtable shows computers and robots have already replaced many human jobs and are expected to replace even more in many sectors in the coming years.

According to one presentation, there’s a greater than 80 percent chance that about 16 percent of all office and administrative jobs could be replaced by automation, for example.

Lassiter said many of the jobs that will be lost will be “repetitive, low-skill” jobs, including ones that involve driving vehicles, thanks to the coming wave of automated vehicles; and fast food positions.

The rise of artificial intelligence will help, however, with another problem the South and the U.S. is facing: a continued lack of workers to fill existing jobs. Last year’s big takeaway was that “the South is out of jobs.” That problem has not gone away, Lassiter said.

“I kind of see it as more of a blessing than a curse,” Lassiter said. “Artificial intelligence and automation will help us because there’s no way we can fill the gap of the needed bodies for our workforce.”

Nonetheless, education is vitally important for those workers who stand to lose their current jobs to AI and automation, he added.

“We’ve got to educate those individuals at a higher level, with higher skill sets, to be able to take the jobs that are then going to be created managing all of this (automation),” he said. “So it’s really going to continue to be a challenge for our educational system to be prepared to produce the kind of workers we need in the future. … In some respects, this is new ground not only for America, but for the world.”

The situation is why Lassiter said he believes “the number-one workforce development (issue) for Boyle County and the region is the completion of the advanced manufacturing center at BCTC.”

Danville’s campus of Bluegrass Community and Technical College hopes to begin construction this year on the center, which would effectively double the college’s capacity for graduating students in the fields of advanced manufacturing technology, electrical technology and industrial maintenance technology — areas expected to be in high demand from area manufacturers in coming years.

The 15,000-square-foot center would be funded by a $2.7 million state grant that was awarded in February 2017, but only if BCTC can come up with $1 million in matching local funds.

Thanks to a recent large donation, and the Boyle County Fiscal Court voting Tuesday to donate an additional $78,000, there is only $78,000 left to be funded.

Lassiter said his concern beyond building the new center is whether it will be enough.

“We know that we’re going to double the amount of skilled workers in a variety of trades … from about 40 to 80 graduates a year, but I’m sure that there’s going to be a demand forevermore,” he said. “So, once that’s done, that can’t be the end. We’ve got to continue to build on that … it’s going to take other partners in the region, for example Campbellsville University in Harrodsburg, the Conover Campus, can they supplement that by complementing what BCTC is doing to increase the number of skilled workers coming into the workforce.

“It’s not going to be just through the community and technical college system. It’s going to be the primary agent to do it for us, but we’ve got to have more.”