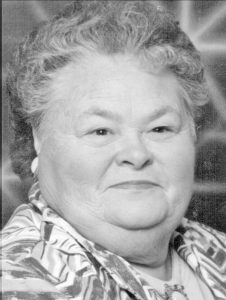 Born January 5, 1936, in Waynesburg, Ky., to the late Charles and Lena Irvin Greer, and she was the widow of Robie Ollish. She was owner and operator of Family Flowers in Cincinnati, Ohio, and Country Flowers in Stanford, and was a member of Grace Fellowship Church in Stanford.

In addition to her parents, she was preceded in death by a brother, Paul Greer.

Visitation will be Friday, January 25, 2019 at Grace Fellowship Church from 5-8 p.m. Funeral service will be 11 a.m. Saturday, January 26, 2019 at the church with Reverend Vola Brown officiating. Burial will follow at Mount Moriah Cemetery in Highland, Ky.