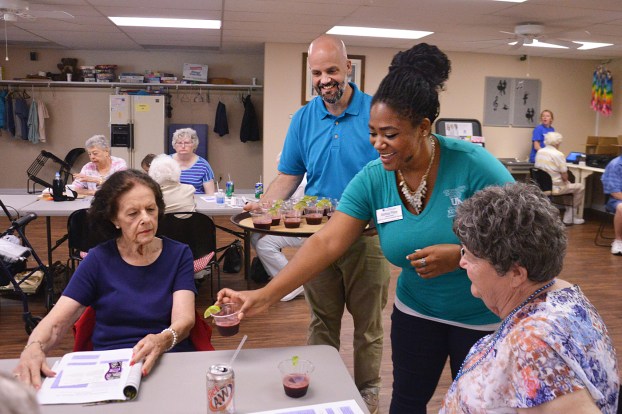 File photo by Robin Hart/robin.hart@amnews.com A Gathering Place, the senior citizens center and adult day health care facility in Danville, offers many services for seniors in the area.

Ben Guerrant says one of the reasons the local senior citizens center is able to help so many elderly in the community is due to volunteers. Last week, Guerrant — A Gathering Place’s executive director — gave an eye-opening presentation to Boyle Fiscal Court about exactly what they do.

In July of 2018, the center was awarded Title III and other federal funding after another organization did not apply due to its closure. Guerrant bid for the funding, and won.

Due to the additional funding, the center — which also offers adult day health care services — is now able to deliver in-home, hot meals five days a week to participating seniors.

“This is a change we decided to make,” Guerrant said. The meals weren’t hot ones, at first, on all five days. “We decided to make that operational change, and offer them all week. And we are able to keep that up with the help of people, like Steve.”

Steve Cline was also present at the meeting. He’s the newest board member for the center, and has already volunteered for the in-home delivered meal plan. 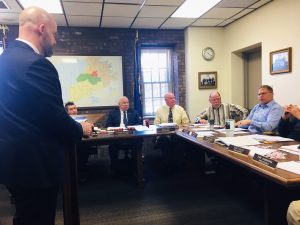 “One of the biggest things we do is offer rides to senior citizens,” Guerrant told the court. This includes any daily activity needs they have, such a grocery runs, trips to the pharmacy or to doctor’s appointments — small things that make a huge difference many of us take for granted being able to do on our own, he said. The center provided 4,827 rides to seniors in that six-month period, partly due to a new vehicle they were able to purchase after taking over the Title III funds.

Since these numbers are from July to December, Guerrant said after the meeting, he expects them to at least double by the end of the fiscal year.

The number Guerrant is particularly proud of is the center’s volunteer hours in that six-month period. “Since the fiscal year began in July, we have amassed 534.81 volunteer hours — a tremendous savings to our citizens. A saved staff expense,” he said.

A Gathering Place provided services to over 380 different individuals at the center, which Guerrant said only counts guests who sign in, not family members or others.

Guerrant said if all the hours of activities are combined —  offering examples like tai chi, yoga and bridge club, to classes like chronic disease self-management, special events, volunteer opportunities and other group meetings — the center has offered more than 14,000 hours worth.

“We’re very, very busy,” he said. “We are proud of what we do to serve the seniors of the county, but that’s just a portion.”

The adult day health care program serves those 21 and older with a variety of special needs.

“It could be a delay they’ve had since birth, or as a result of a traumatic brain injury from a car accident, or alzheimer’s and dementia, which sets in later in life. There’s a population who’s in need of these services,” he said.

Guerrant said A Gathering Place provides a stopgap measure for these people. The families of the center serves are able to bring their loved ones in from 8 a.m. to 4 p.m., who get breakfast, lunch and a snack.

“And the people we serve, they can watch TV at home. So we try to keep them engaged with reality orientation activities, arts and crafts, music, different things to keep their interests up. It’s an unparalleled service in the county,” Guerrant said.

A Gathering Place has 13 of its own staff. On an average day, Guerrant said the center averages about 32-34 seniors, and Tuesday-Thursday are the busiest days. The adult day health care averages anywhere from 12 to 16 people a day, but that varies, he said.

Magistrate John Caywood thanked Guerrant for the work he and the others at the center do, including the many volunteers.

“You reach such an important part of our population that, unfortunately, sometimes gets forgotten. It’s a great program, you all do great things.”

Hunt said, “It’s a great service that lives on volunteers.”

“Some days, it’s a humbling experience,” Guerrant said. “Thanks for the continued support. And any time you encounter a senior, please feel free to give me a call, they’ll get what they need.”

To reach A Gathering Place, call (859) 236-2070. For more on its services and a calendar of events, visit agatheringplace.org.