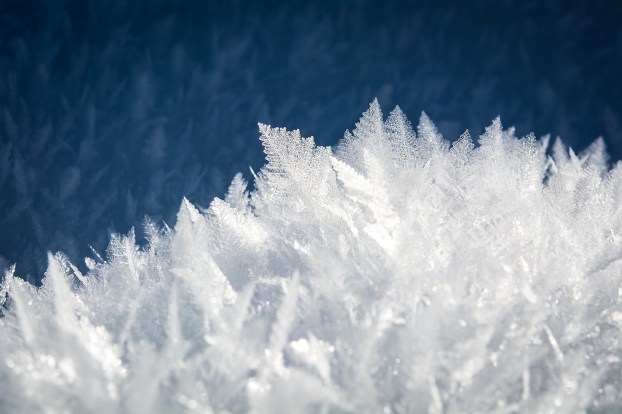 As temperatures plummeted into single digits last night, Emergency Management Director Mike Wilder already had two area shelters and warming centers on standby for those who may need it. Today’s high is supposed to only reach 15 degrees, which will be about 10 degrees colder that yesterday, with the wind chill factor as low as  minus 13, according to the National Weather  Service.

The low tonight is expected to be 3 degrees.

“We have two churches on standby — Lexington Avenue Baptist and Calvary Baptist,” Wilder said. He is also working with Family Services Association of Boyle County. Its executive director, Crystal McPherson, also works to coordinate shelter needs, whenever any should arise, Wilder said.

“We’ve done this for many years, and we don’t have any takers a lot of times,” Wilder said. “It’s amazing. You would think that we would. I think we’ve only had one person in six and a half years that came in for an hour or two.”

Wilder said anyone looking for shelter from the frigid temps may contact him directly, and he will assist them. Wilder can be reached by calling Boyle County Emergency Management at (859) 238-1109 during normal business hours, 9 a.m.-5 p.m. He may also be reached by cell after hours at (859) 326-0569.

If someone isn’t able to pay their heating bill, “The worst thing to do is to just not do anything,” Wilder said. He said many times if someone sees they can’t pay their bill, they can contact the utility company to work out a payment plan so the utility won’t be turned off.

Another source of help in case of a heating emergency is through the Blue Grass Community Action Partnership, according to Senior Director of Community Services Wendy Shouse. If someone needs help in paying a heating bill, whether it’s natural gas, heating oil, propane or firewood, there are still funds available through LIHEAP (Low Income Home Energy Assistance Program).

As of late Tuesday afternoon, BGCAP in Boyle County hadn’t received any requests for emergency help, Shouse said. “But I expect them to begin.” All they have to do is call the office “and we’ll see what we can do,” Shouse said.

It’s important to not wait until there is an issue with having a heat source turned off because of lack of payment, Shouse said. “They don’t want their pipes to freeze up.” But if they do, Shouse said there are some funds available to help in that situation too.

Other area BGCAP offices are:

Pet owners should also be aware that the extreme frigid temperatures are dangerous to their animals, said Christina Lombardo, adoption coordinator at the Boyle County Humane Society. For example, people who enjoy taking their dogs for walks should not stay out more than 20 or 30 minutes at the longest, she said. She also recommended to help keep the dog safe and warm by putting boots, sweaters and jackets on their pooches.