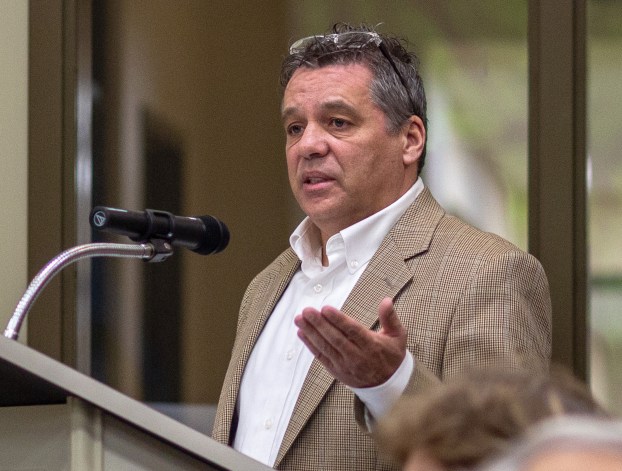 The Danville-Boyle County Planning and Zoning Commission is in the process of overhauling its entire zoning ordinance, but it’s starting with the easier parts first.

The P&Z Commission is reviewing amendments to four articles of the ordinance that amount largely to modernization of terms, better readability and text cleanup, according to P&Z Director Steve Hunter.

But there are some changes mixed in with the cleanup and modernization, Hunter noted:

• The amended ordinance would do away with a variety of definitions for different group-living facilities and lump them all together under a single “group living” definition. “Our current ordinance says what’s a rehab facility, what’s a halfway house, when you’re incarcerated, when you’re not incarcerated …” Hunter said. “What the state law and court cases have pushed us to is everything is just a group home.”

• The amended ordinance would no longer define a “dog kennel” as any place where more than three dogs are kept; instead, it would focus on whether dogs are being bred for sale. The current definition is problematic because some people like to have more than three dogs as pets, Hunter said. “I don’t think that’s our role,” Hunter said. “… I think our role is to determine when someone is running a business at their house.”

• The amended ordinance would bring the county in-line with state definitions for four different kinds of short-term rentals. Under the current ordinance, short-term rentals such as airbnb or VRBO properties technically aren’t allowed at all, Hunter said. “There is no landing spot in the zoning ordinance that says you can do that … We’ve got to address airbnbs.”

• The amended ordinance would end a requirement for zoning permits on every project that Hunter said is unnecessary. Instead, people working on certain types of projects would be able to get a building permit as usual and be told the rules about construction at that time; no second permit and fee would be necessary.

• The amended ordinance would put in place rules about constructing parking lots. Hunter said right now, P&Z has no enforceable rules if someone wants to tear down a building and create a parking lot.

• The amended ordinance would allow smaller commercial developments to go straight to the permitting process without submitting a site plan. Anything over 10,000 square feet or 16 units would still have to submit a site plan.

• The amended ordinance would allow P&Z staff to approve certain small projects under a “5 percent” rule, shrinking the number of minor projects that would have to come before the full P&Z Commission.

The P&Z Commission held a public hearing on the proposed amendments last week, and tabled the hearing for possible continuance at its next meeting on Feb. 27. Hunter said the commission could take a vote immediately on Feb. 27 or reopen the hearing for public comments. The commission delayed a vote last week because the City of Danville requested more time to review the proposed changes, Hunter said.

Front page history: Boyle’s weather woes were much worse a decade ago

Central Kentucky has been dealing with viciously cold temperatures this week, but the big chill of January 2019 is small... read more